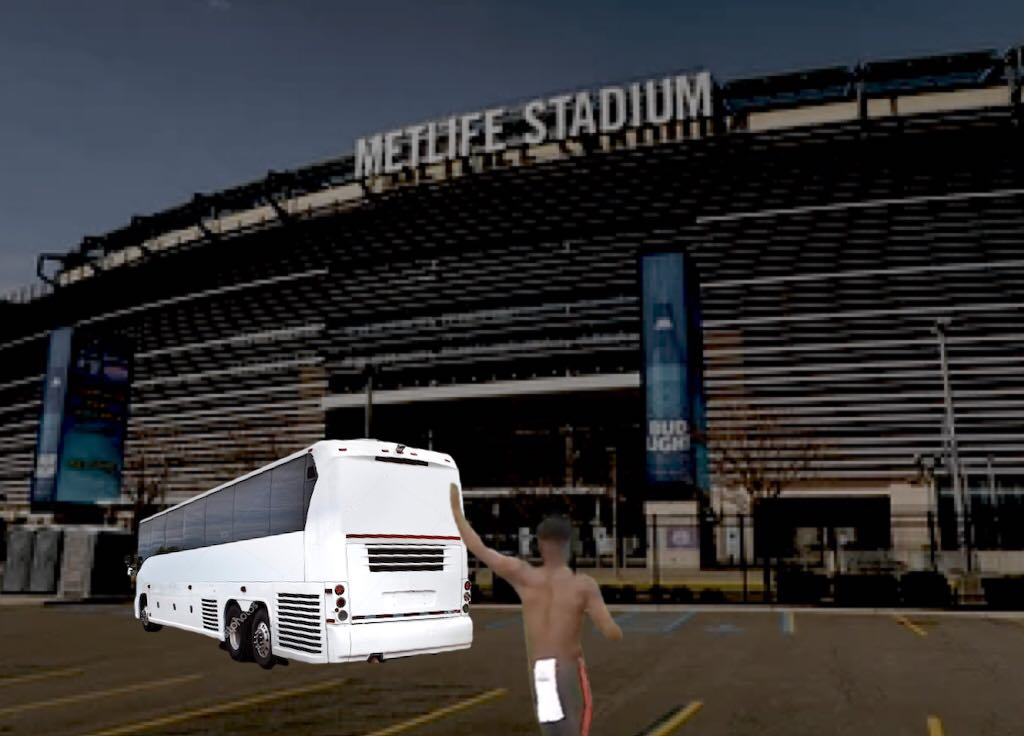 The talented but enigmatic Brown, whose entire career has been defined by a seemingly non-stop series of controversial missteps on and off the field, decided for some as-yet unknown reason to remove his jersey, shoulder pads and undershirt on the sideline during the 3rd quarter and remove himself from the game, with the Bucs trailing 24-10. He ran across the end zone and waved to the crowd as he went to the locker room.

Tom Brady would later throw touchdown passes to Cameron Brate and Cyril Grayson Jr., along with a 27-yard field goal from Ryan Succup, to bring the Bucs back and improve their season record to 12-4.

Following the game, the team prepared to go to the airport for their return flight to Tampa. Brown, still shirtless, was spotted running toward the bus, yelling, “Hey guys! Great win! We did it! Good job, everybody! Hey, hold up!!” Bucs head coach Bruce Arians turned to the driver and said, “Shit. Go. Go! Go! GO!!”, who responded by flooring the gas pedal and peeling out of the parking lot.

Asked about it later, Arians said, “I think that was just a miscommunication. What I said was, “Shit. We can’t leave without Antonio, no, no, no.’ I guess the driver heard something else.” He shrugged his shoulders and said, “Oops.”

Brown is presumably still in New Jersey, without a shirt.