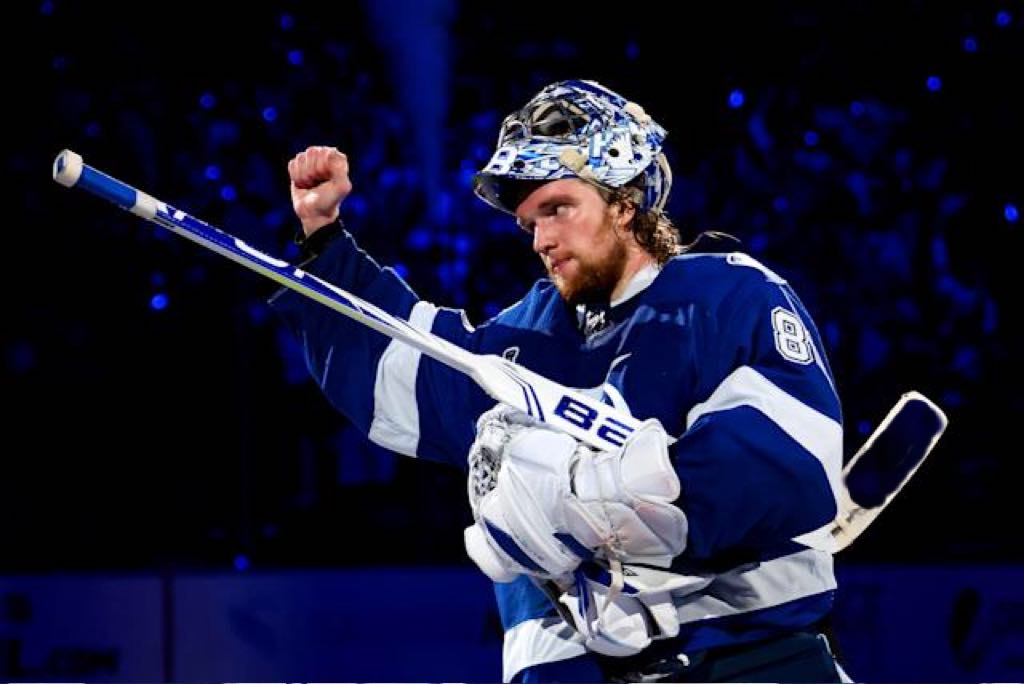 “That’s big enough for all kinds of pucks to pass right through it”, said Vasilevskiy. “It’s almost impossible to stop any shots whatsoever with it.”

Chance Clasters, a goalie with the Clearwater Ice Storm Banta AA team used the stick recently during a scrimmage and was frustrated with the results.

“This thing sucks. Everything was going in”, he said. “What am I supposed to learn from this?”

Vasilevskiy skated over to him, put his hand on his shoulder, leaned down and said, “You’re supposed to learn that playing goalie is hard and that I’m better than you will ever hope to be, bitch.”

The Phantom Edge stick is available at all Tampa Bay Area sporting goods stores and retails for around $875 each.