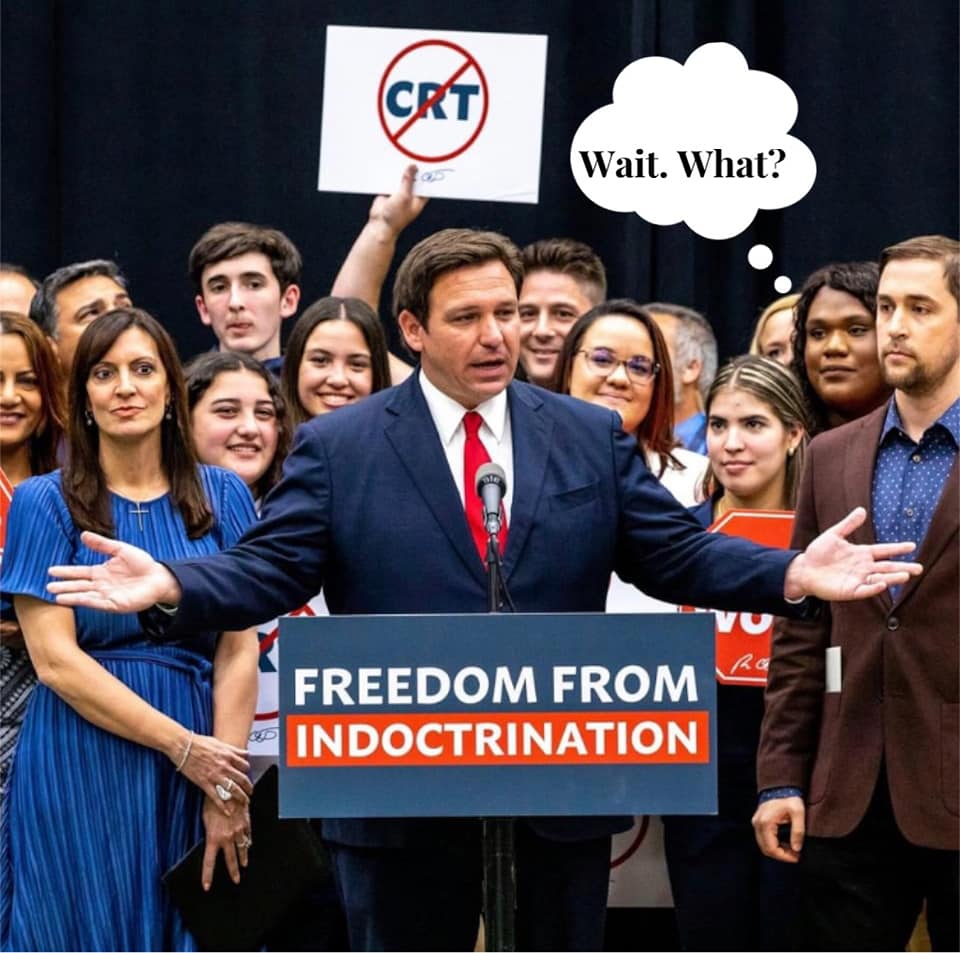 Florida Governor Ron DeSantis announced early this morning that effective immediately the month of February is illegal throughout the state.

“The month of January will now be 45 days long and will be known as Janmaxuary and March will also be 45 days and shall be referred to as MarchUltra,” the Governor declared. “All the other months will stay the same because they keep their damn mouths shut and don’t make trouble.”

Asked by various reporters if this measure was being taken to eliminate Black History Month, he responded alternately by pretending not to be able to hear or understand.

“I’m sorry, I don’t know what you’re saying,” he said holding his hand up to his ear. “I don’t recognize those words. Sorry, here in Florida, we only speak English, not Woke.”

When pressed for further comment, he stuck his index fingers in his ears, shut his eyes, shook his head and said, “La la la, I can not hear you, la la la.”