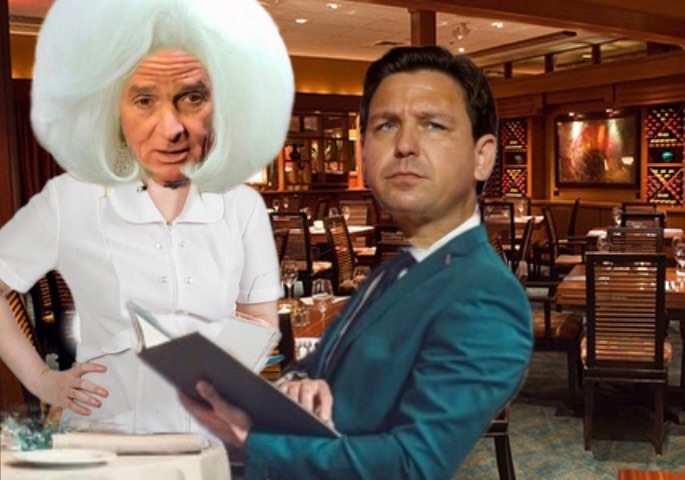 In town this afternoon for lunch at Seasons 52 at the Westshore Plaza, Florida Governor Ron DeSantis was either unwilling or unable to tell a server if he wanted regular coffee or decaf.

“I greeted him and asked if he’d like to start out with a beverage, the way I do with every customer,” said server Cristina Charles. “He said ‘coffee?’, like tentatively, as if he wasn’t sure whether that’s what he wanted.”

“Fine. Whatever. So I asked, ‘regular or decaf?’ Pretty standard follow-up,” she said. “And he just… froze.”

“After several seconds, I tried to prompt him,” she added. “I said, ‘Why don’t you look in the eyes of the people of Florida and say to them, if you want a cup of coffee, would you like a regular blend or decaffeinated? Yes or no. Yes or no, Governor Ron?”

DeSantis stared into space and aside from an almost inaudible squeaking noise, didn’t respond, producing a prolonged silence.

Charles then chimed in, “It’s not a tough question. It’s a fair question.”

She eventually said, “I’ll come back” and went to check on other tables.

According to recent reports from witnesses at the restaurant, DeSantis never did actually place an order but was seen rounding up the kitchen staff to ship them off to a sanctuary city up north while Charles clocked out and went home when her shift ended at 4.