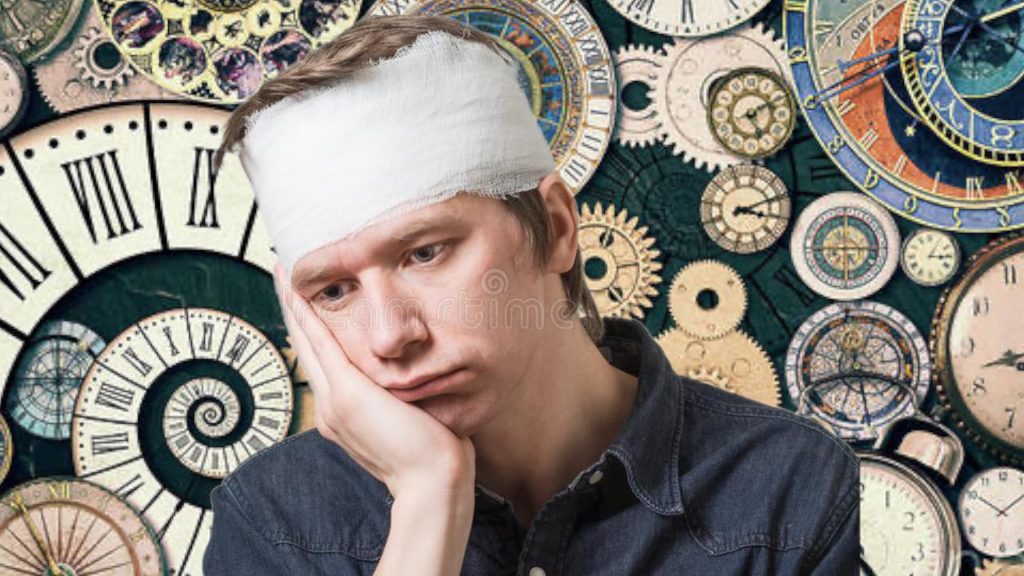 “I was fine; in fact, I felt great after that extra hour of sleep last night,” he said from his bed at Mease Dunedin Hospital.

He was sitting at his kitchen table at approximately 9:30am eating breakfast and setting his fantasy football lineup.

”Hey dad, did you know that yesterday at this time it was 10:30,” said his 7-year-old son Sean, who came into the kitchen to get some breakfast. “Pretty cool, huh?”

“The Bucs game is at 4:30 today. What time would it have been if it as yesterday? Is Daylight Savings starting now or is it ending? It’s going to get dark earlier; is it going to get light earlier too? If I didn’t reset my clocks, will I be late to work, or early? Wait, all my clocks are digital; do they set themselves? What about my watch?” he asked himself. “That’s when my brain broke.”

“If the fact that man can manipulate time itself at will isn’t something to worry about, what is?” replied Doug before pitching face forward into a plate of toaster waffles, causing Sean to laugh hysterically.

“I wish the government would go ahead and fix this,” said Katie with a sigh. “We do this twice a year, every year.”