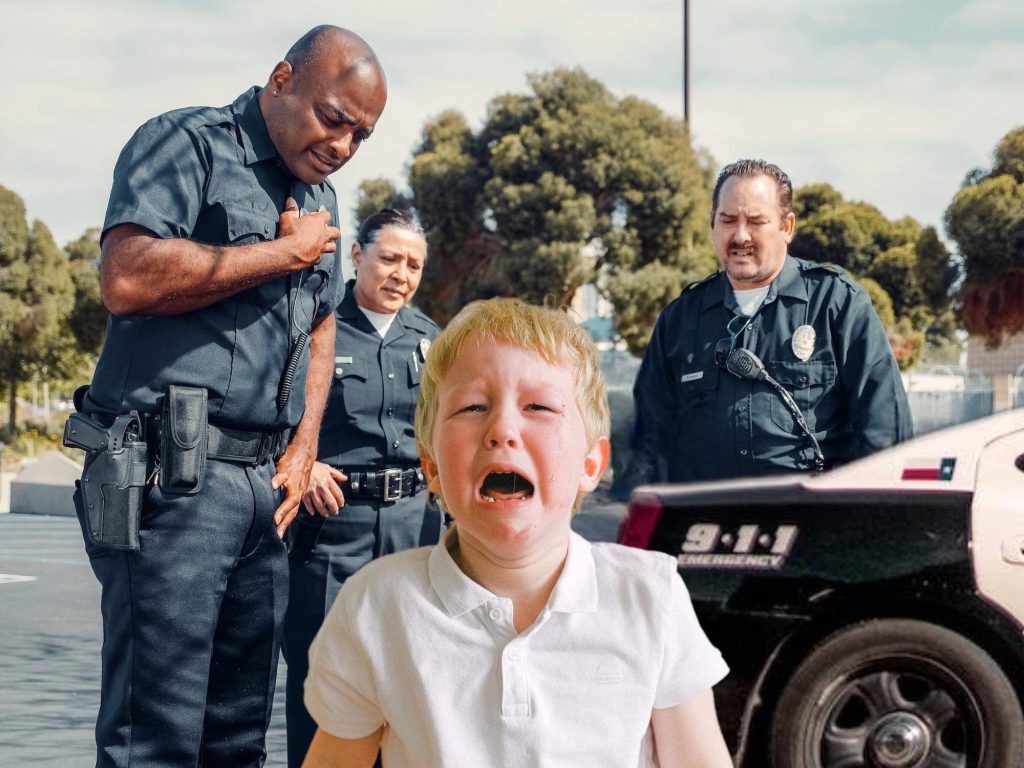 Governor Ron DeSantis proudly announced today the capture of one of their most sought after 2020 election fraud suspects.

Florida’s Election Police SWAT unit announced that they executed a search warrant in The Villages, Florida retirement community where they discovered a 10-year-old boy home alone.

Florida Election Police took the boy into custody after bypassing all of his booby traps.

Several police officers were injured in a hilarious fashion, but the boy was ultimately apprehended after running out of buckets of thumbtacks to toss down the stairs.

While conducting a search of the residence, officers discovered the body of his mother, Sally Plasters. Test have concluded that she passed away in 2019 and the boy had been living off her social security checks by having everything delivered to the home.

With the boy now under arrest, the Florida Election Police is certain that we will see a 100% safe and secure election free of fraudulent votes.

The boy went by the hacker name “SoyBoy2012” and described himself as “President Biden’s Biggest Supporter” and “An Antifa in Training” on the popular videogame Roblox.

“With the capture of this dangerous individual, Floridians can rest easy knowing every legal vote will be counted,” said Florida Election Police Chief, Chad Gunberg. “Besides, patriots outnumber soyboys here 4 to 1, so whatever he was doing had no affect on anything.”

Governor Ron DeSantis hopes everyone ignores this story because he wants to use the vote hacking methods to his advantage. However, experts say DeSantis doesn’t need the additional assistance since he is performing pretty well with his base.

The boy is set to face execution for disrespecting one of the most sacred acts a person can commit against the constitution of the United States, being underage and voting more than once in an election.