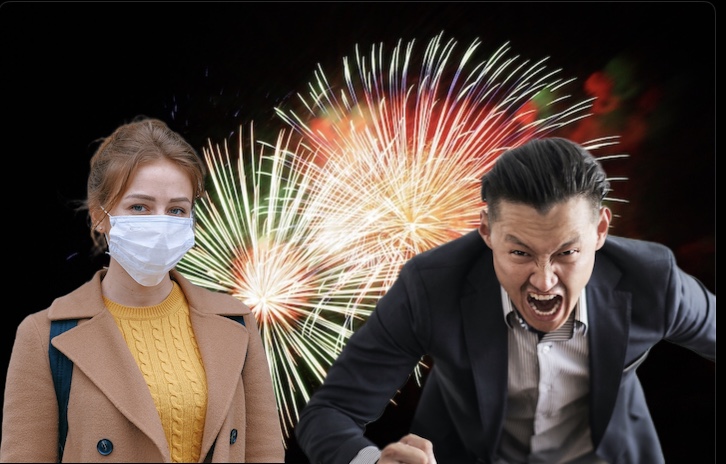 Both opponents are heavily invested in the outcome and spoke to the media at a weigh-in ceremony at the Seminole Hard Rock Hotel earlier today.

“More and more of our rights are being stripped away from us every day. It has to stop and it will, tomorrow at the Fairgrounds”, says Freedom. “Today, it’s ‘you have to wear a piece of cloth over your face to limit the spread of so-called germs’. Who knows what they’ll try to make us do tomorrow? They’re already trying to take away our guns, tell us what to eat, what tokens of racism are okay to worship and what we can and can’t say. The face mask is a symbol of oppression and tyranny. It and anybody who wears one must be destroyed, once and for all. Otherwise, there’s been no point to any of the wars we’ve fought in. It’s time to take a stand for what’s right!”

“There is nothing less at stake here than life itself!”, screams Freedom. “Well, at least we’re in agreement there,” says Responsibility calmly.

Expert analysts believe that there’s so much animosity on both sides that the fight will be utterly brutal to the extent that the loser, whoever that turns out to be, may never recover.

The event will begin at 8pm with a preliminary bout between Doug Tampler Of Pinellas Park who wants to shoot off fireworks in his driveway and his next door neighbor Steve Biddletin, who has a nervous dog. That will be followed immediately by the main event.

There are no tickets available, due to social distancing and restrictions on large-scale public gatherings. “That in itself is what I’m talking about”, says Freedom. “Men died for our right to get sweaty and scream at each other in a confined space.” To which Responsibility replied, “Sounds reasonable to me.”

It will be available free of charge via pay-per-view.

In closing statements, Freedom said, “Tune in and watch me take our country back!” And Responsibility sighed and said, “Look, just wear the damn mask, okay?”