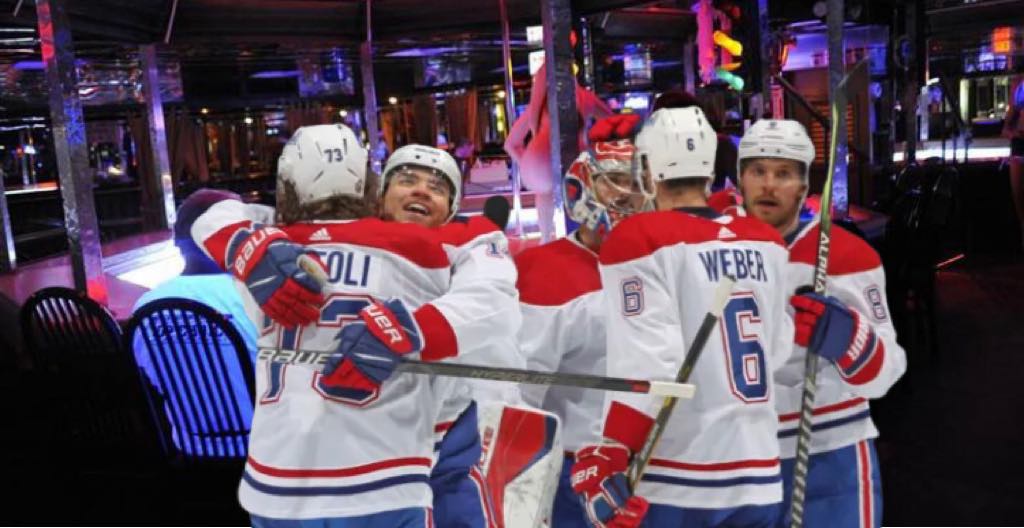 A group of Canadian visitors in town for a sporting event visited the world famous Mons Venus gentleman’s club in Tampa Tuesday night.

“As the economy continues to recover from the last year, it’s great to see tourists coming back”, said business owner Joe Redner.

“It’s been a while and let’s face it, after last night it looks like our chances of coming back to Tampa before next hockey season are not great”, said someone who gave his name as Corey Rice. “Better get it in while we can.”

“We came here tonight because we thought it was nice steakhouse and ‘Mons’ was short for ‘Montreal’. We’re in town for a serious business trip, not to screw around”, said another member of the traveling party, Shane Werber. “But since we’re here, I guess we might as well stay until closing time. We don’t want to be rude.”

“Cut the crap, Shea. Nobody’s gonna buy that”, said his friend Brandon Gilligan, as he threw a handful of loonies at an entertainer named Jade.