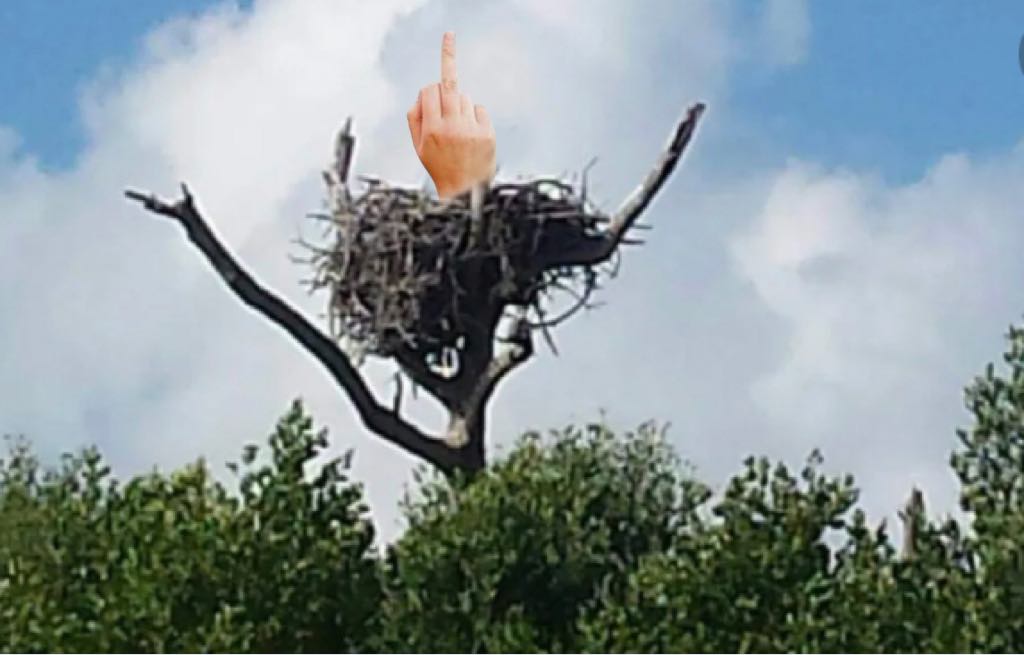 The new Florida state bird is a human middle finger, after a 7-2 vote which took place in an emergency assembly of local congress last night.

“DeSantis called me on my phone at 2am last night and said, ‘I need you to get down to the court house, this is urgent.’ So I got up and drove downtown to the court house and we had the vote take place.” Said Vice Chairman Glenn McHolden, representative of Tampa’s greater Hillsborough district.

The deliberation took 15 minutes once all of the city officials arrived, and the motion was passed to change the state bird to the middle finger.

The change will effect new editions of school books and flyers at bus stations.

“I like giving the middle finger and… wait. Are you recording me? You right now reading this, are you writing down my answers to this question as I tell them? What was the question anyway? WHAT WAS THE QUESTION? WHAT IS IT!? TELL ME! WHAT ARE YOU THINKING RIGHT NOW, CAN YOU SAVE ME? CAN YOU TAKE ME OUT OF THE FAKE WORLD AND PUT ME IN THE REAL ONE? WITH YOU? I JUST WANT TO BE OVER THERE WITH YOU!” Jimmy said.

And I didn’t really understand what he meant by that but it was so jarring that I decided I need to stop my reporting and leave the Bob Evans where I agreed to meet Jimmy to talk about the new state bird change. He said he was an expert on birds and wanted to discuss how the change would effect the Florida bird community. I should’ve never met up with this guy. To be fair I met him on Craigslist forums, under the “just chatting” section. You can’t trust some people on the internet. I don’t want to say most and make a blanket statement that most people on the internet are dishonest, because they’re not. Some of them are real nice, and they’ll touch you. Wherever you want them to touch you.