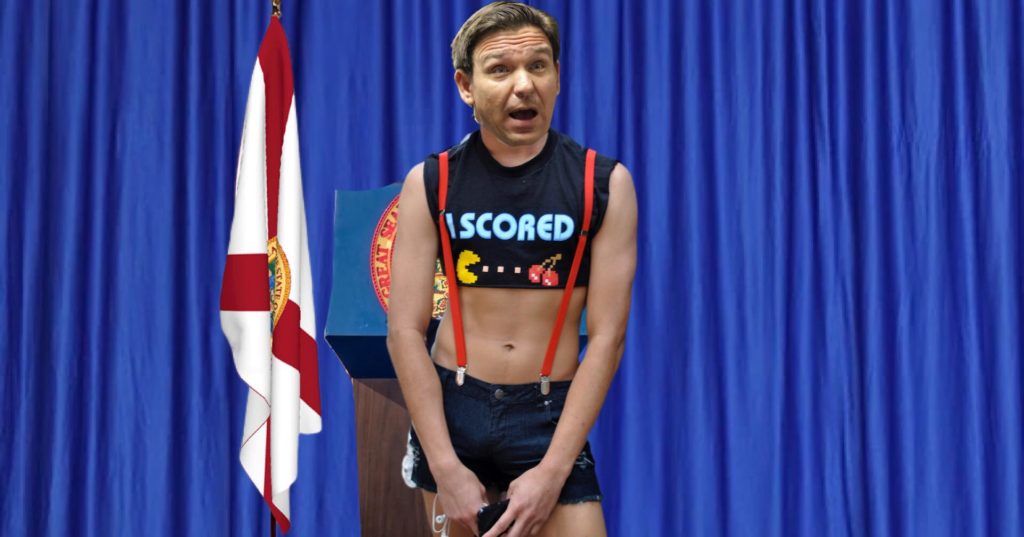 He was attending a formal fundraising dinner event in Clearwater and was telling those assembled that they should pray before they began eating, but had heard an Elton John song on the radio on his way to the function, causing him to accidentally say “gay” instead of “pray”.

As soon as he said it, a confused look came across his face and he found himself lusting after every male within the immediate vicinity as well as actor Bradley Cooper who was not even there.

Of course, now that he’s gay, he has no choice but to resign from office since one of the requirements to be governor of the state of Florida is to exist and since gay people (legally) don’t, he’s no longer eligible to serve. A replacement is expected to be named in the very near future.

In the meantime, DeSantis’ condition is currently officially listed as ‘flaming but comfortable’ as he recovers at the governor’s mansion in Tallahassee where he issued his first public comments since being stricken: “I absolutely haaaAAAaaate the ghastly window treatments in this place!”

If you would like to pass along messages of support to him during this difficult time, you can email him at GovernorRon.Desantis@eog.myflorida.com or you can mail a card or letter to