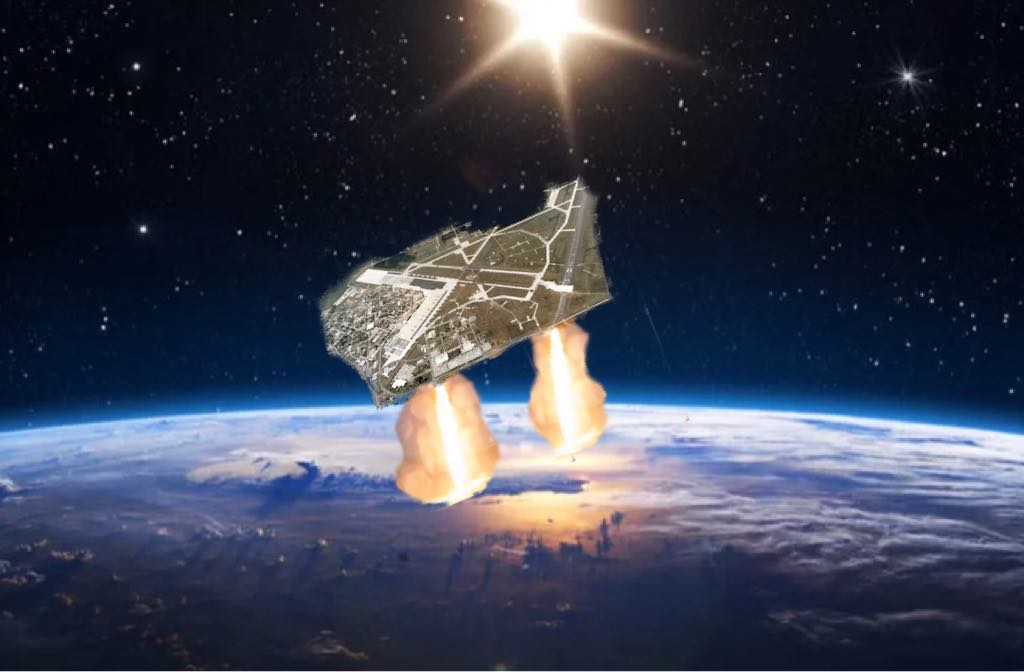 Tampa’s MacDill Air Force Base, home of the 6th Air Refueling Wing, has been attached temporarily to the United States Space Force and is currently orbiting 254 miles above the Earth.

Senior Airman (SrA) Bowie Shanman of the 6th Air Refueling Wing Public Affairs Office said, “Since we don’t have any Raymond James Stadium flyovers to coordinate and can’t currently host any air shows or other public events, we find ourselves with a little more spare time on our hands than we’re normally used to. The Space Force asked us for some help so we said sure.”

“In spite of the fact that we are a 100% legitimate military branch now, we’re still ridiculed as some kind of a joke, which is hurtful and unnecessary”, said Space Colonel (SCol) Joe Broey via space phone. “Associating ourselves with MacDill’s reputation as a top-notch military installation should help boost our credibility.”

SrA Shanman said a surplus from Space Force’s operating budget allowed for the launching of the entire base itself into orbit, as opposed to simply sending certain key personnel and equipment. “They said they wanted everybody and everything so we sent everybody and everything. The fighter jets, the cargo planes, the hangars, the commissary, dining facilities, the bowling center, the softball fields, streets, sidewalks and lawns. Each E1 Airman to every one of our O6 Colonels. All of it.”

“That’s fine”, said SCol Broey. “It’s outer space. There’s plenty of… space. Get it? Get it? Space in space! Hoo, now that is funny! Funnier than any episode of that slanderous piece of shit Netflix sitcom, that’s for damn sure.”

It is unclear what specific functions pertaining to Space Force’s mission that MacDill will play at this time.

“Without actual Star Wars taking place…yet… what happens on any kind of space mission? They can just fly around and look at stuff”, said SCol Broey. “That’s all we do, really.”