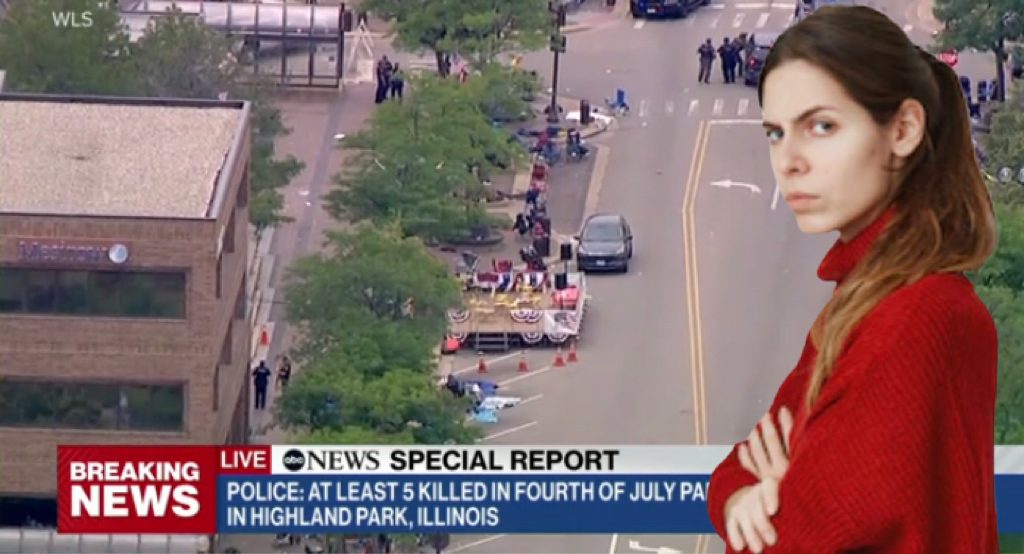 Following a mass shooting at an Independence Day parade in Highland Park, Illinois yesterday, Sandy Sterns of St. Petersburg has declared that she is completely over it.

“This stuff happens all the time. It’s ridiculous”, she said. “And yesterday was a holiday; we all had the day off and were supposed to celebrate America and we couldn’t even do it that good. The whole weekend was ruined! I haven’t said anything until now because I don’t know or whatever but I’ve had enough of this already!”

“Okay, okay. Well, our bad, I guess”, said Lieutenant Colonel Brian Biffworth, the man in charge of the US Department of Doing Something About Stuff. “Nobody ever said anything about it before. How were we supposed to know?”

“These things have always resulted in thoughts and prayers. We thought American citizens enjoyed thinking and praying,” he said. “We’re the government. We exist to make the citizens happy, so obviously that’s what we’ll do. Otherwise I’d be derelict in my duties as a public servant. After all, that’s why you pay taxes. Duh.”

“So, okay. No more senseless mass shootings then. We’ll get the guns away from all the bad guys and send truckloads of mental health out there ASAP. Just as soon as all the necessary paperwork is filed, we’ll be all set.”