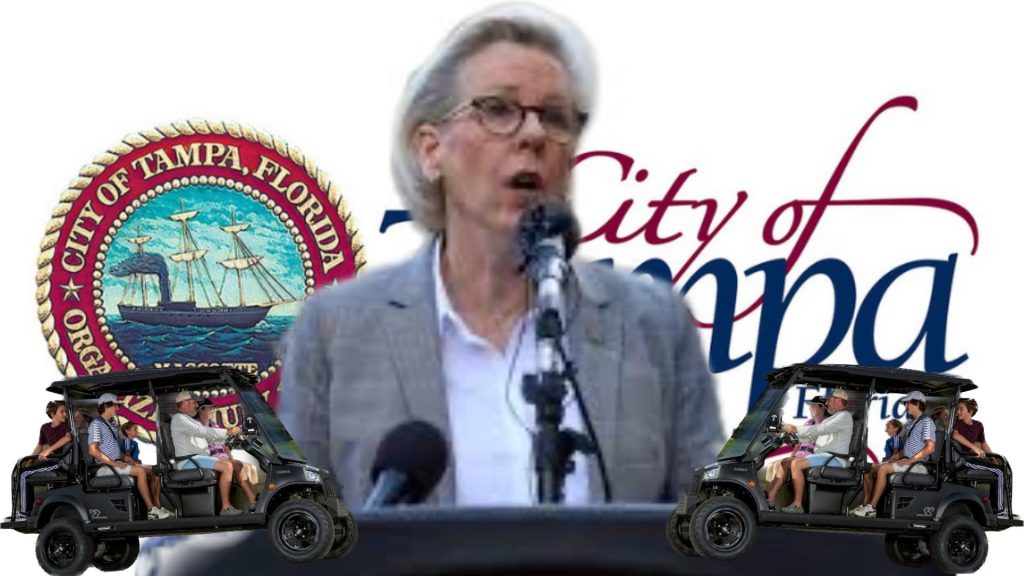 As the City of Tampa begins to search for a new chief of police in the wake of former chief Mary O’Connor’s resignation, Mayor Jane Castor is adding a stringent new guideline applying to all city employees.

“No more golf carts,” she said. “No owning them, no riding in them, using them to play golf. No golf carts!”

Castor asked for and received O’Connor’s resignation after an incident first reported by Creative Loafing Tampa Bay involving O’Connor and her husband, both possibly inebriated, getting pulled over in a golf cart and attempting to use her name and position as police chief to get out of a traffic citation, all of which was captured on video.

“There’s no reason for anybody associated with the city to ever own or be in a golf cart. On a golf cart. Is it in or on? No matter. Anyone who’s experienced driving in Tampa traffic knows you aren’t safe in an armored assault vehicle, let alone a regular car, let alone in or on a golf cart,” she said. “Where do you think you are? Dunedin?”

“So look, I don’t care where you live. I don’t care what your previous work history looks like; NO GOLF CARTS!” she added. “There. That should do it.”