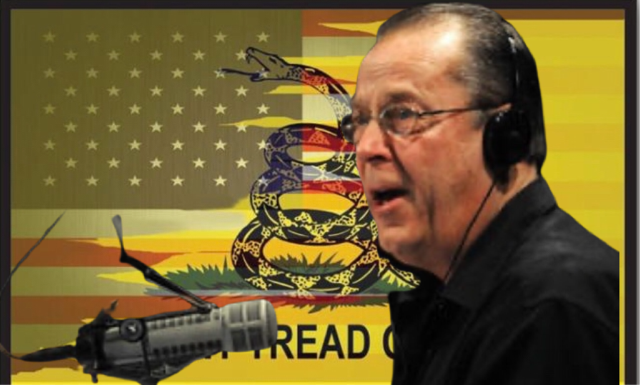 Self-described “non-partisan” FM radio talk show host Klulg Mitchell is disgusted by the behavior of his associates in the media when it comes to their portrayal of President Donald Trump and the resultant damage to his public image.

Mitchell hosts “The Voice of Reason (Not Treason) Show” overnights on low-wattage FM station WSMDH (“The Toaster”) in Palm Harbor. The station can only be picked up by parking outside with your car windows down, making it less accessible than any podcast, a fact reflected in the station’s ratings. Mitchell’s show is easily the most popular program in the station’s line-up, because sometimes cops and ambulance drivers working the graveyard shift park in the station’s lot to eat meals and drink coffee on breaks.

“It just isn’t fair that the mainstream media, with their obviously slanted liberal bias has spent the last four years irresponsibly throwing out unsubstantiated lies and inflammatory slanderous rhetoric, trying to make the president look like an evil man”, he said. “You never see the kinds of accusations being thrown at Sleepy Joe Biden that are leveled at President Trump on a daily basis. It simply doesn’t happen. Ever! The mainstream media bears all of the burden for the condition the nation finds itself in today. We are more divided than we’ve ever been and that is 100% the media’s fault for saying terrible things about President Trump. As an actual impartial, non-biased and professional journalist, I find it disgusting.”

Meanwhile, people who have apparently never been exposed to the mainstream media or were far too intelligent and sophisticated to fall for their agenda were doing stuff like this*: