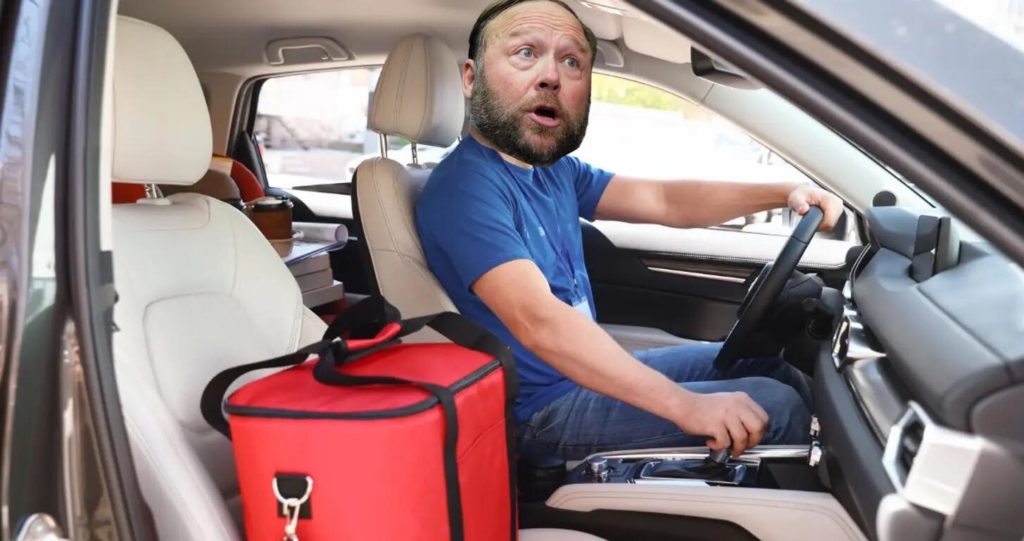 A newly hired food delivery person is expected to be fired by DoorDash due to an alarming number of complaints received in less than a week.

“They’re all bad. Every single review,” said the algorithm that tracks performance for the San Francisco-based food ordering and delivery platform. “The majority of our Dashers do a great job but we get our share of unsuitable associates. I’ve never seen anything like this before, though.”

The Dasher in question, listed as “Alex J”, just started driving for Door Dash on Monday, due to financial hardship resulting from legal issues associated with malicious, libelous claims he directed toward the parents of school children murdered in a mass shooting he asserts never actually happened.

“I came to the Tampa Bay Area to do this because my understanding is that Florida is letting anybody show up and aside from aggressive bombast, I don’t have any marketable skills, so my options are limited,” he said.

“Right. So he’s just a human piece of shit. We didn’t pick up on that during the screening process. We’ll use this feedback to be better about that going forward,” said the algorithm. “That’s what we algorithms do.”

Some of the complaints received during his short stint include multiple accusations of refusing to deliver in “certain” neighborhoods, being loud, argumentative and “generally unpleasant” and eating customers food.

“I ordered two quesadillas from Tijuana Flats and when he showed up with the food, there was only one. He didn’t even try to blame the restaurant for making a mistake. He said, ‘that’s a hoax’. And I said, ‘are you saying I never ordered two in the first place or that one isn’t missing? How is it a hoax?’ and he didn’t answer,” said customer Bob Clibner of South Tampa, one of the few areas that Alex J services. “He just stared at me while he ate a quesadilla, with pico running down his chin. Needless to say: zero stars.”