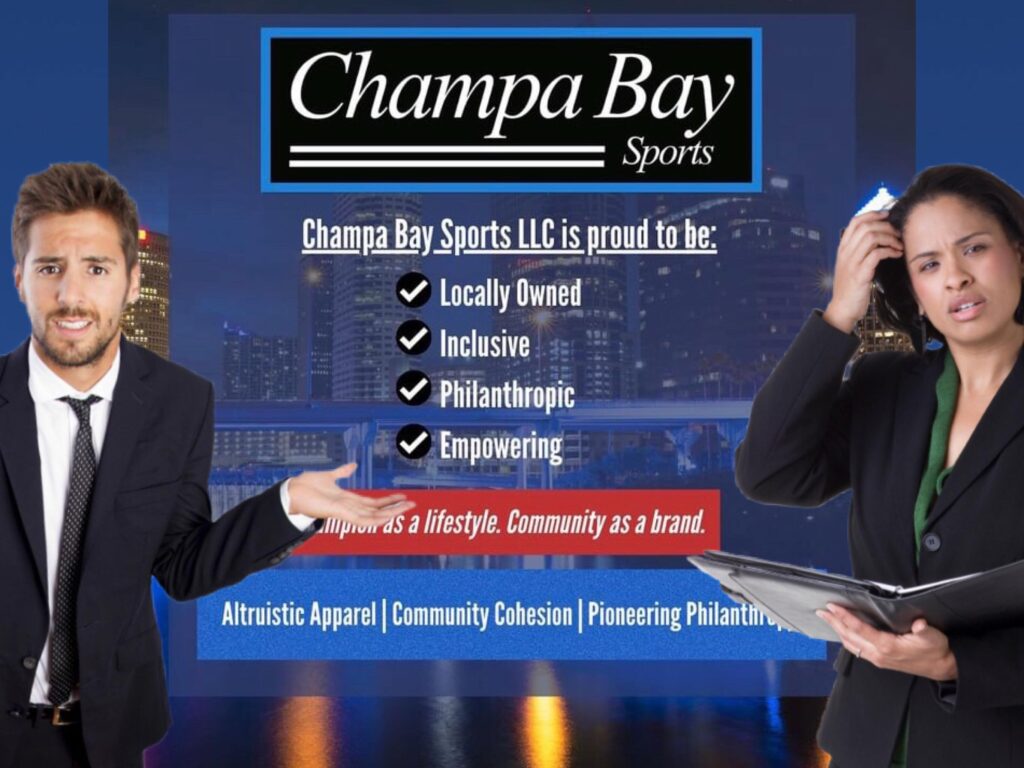 Here at Tampa News Force, we love to poke fun at various local institutions, but ultimately we love the Tampa Bay Area and want nothing but unqualified success for everyone who lives in and does business in the various communities that make up this vibrant and diverse region. Except Brooksville, of course. Brooksville sucks and makes everybody else look bad by association.

For that reason, we have a long-established history of frequently highlighting new local businesses, starting right now.

Champa Bay Sports LLC announced via a post on Instagram last week that they are: “…proud to be locally owned, inclusive, philanthropic, empowering”. The only problem is that even with all that detail about what they proudly are, we don’t know what they are.

A slogan included says “Champion as a lifestyle. Community as a brand.” This is a fine collection of feel-good buzzwords that don’t actually illustrate anything. Literally every word is something nice, so we guess we’re all supposed to feel good about whatever business this company is.

Below that it says, “Altruistic Apparel, Community Cohesion, Pioneering Philanthropy”, which is an excellent use of both alliteration and The Rule Of Three. As comedy writers, that makes us giddily gleeful, deliriously delighted and awfully aroused. But it still doesn’t tell us what Champa Bay Sports really does.

Ultimately, we don’t want to say that this is somebody who trademarked a currently popular catchphrase, one that’s liable to age poorly when the Bucs, Lightning and Rays inevitably struggle to be competitive at some point because that’s the nature of sports, and then realized, “Oh shit, now we we have to do something with it if we’re going to ca$h in; let’s sell… t-shirts? Yeah, t-shirts!” and slapped a company together and threw a pile of word salad nonsense out there in a shoddy attempt to establish some sort of legitimate identity.

We don’t want to say that because we honestly don’t know if that’s what’s happening here.

The only thing we can safely assume is that this a dynamic collective that’s going to capture the zeitgeist by circling back to put a pin in the shifting paradigms.

← QUIZ: Where should I eat in Tampa Bay?Tampa Police Department announces plan to choose new chief →