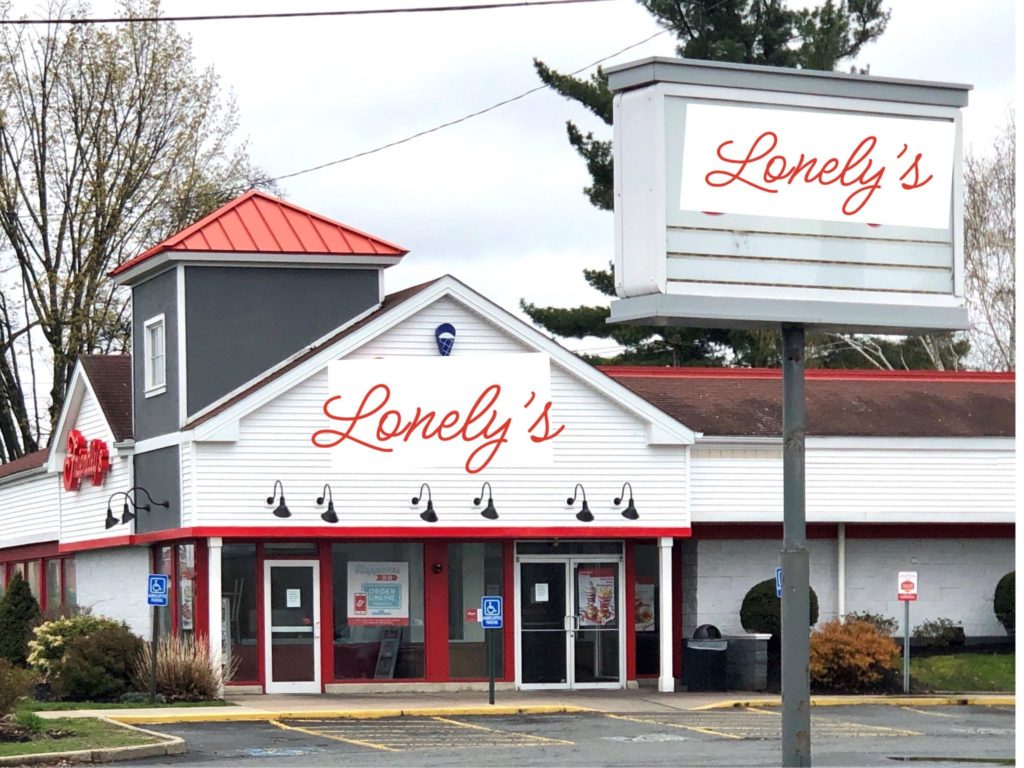 Lonely’s is a new concept eatery, catering exclusively to people who are alone, whether by choice or not. It will serve a menu with a wide variety of top-quality gourmet cuisine at very reasonable prices, much cheaper than most fine dining establishments. But just for people who are eating by themselves.

“It’s not a ‘singles’ place; it’s not a place where you come to meet people or go for a date,” said owner Howie Gotcha. “It’s a place to be alone. And get something really good to eat. Alone.”

All the seating at Lonely’s consists of single-seat booths, with high walls seperating them.

“You won’t be bothered by watching happy people spending time and sharing meals together,” said Gotcha. “Not just because you won’t be able to see them but because they won’t even be in there.”

People showing up in parties bigger than one will be refused service and sent away hungry.

“Let them experience what rejection is like for a change, am I right?” said Gotcha.

If someone in a couple really insists on eating there because they’ve heard the food is so good, the restaurant’s policy states that if they break up, loudly and painfully, on the spot, they’ll be allowed in.

“We have to believe it’s real,” said Gotcha. “Like, if at least one of them isn’t sobbing uncontrollably and crying real tears, no entry.”

“Especially then,” said Gotcha. “And it won’t be some traditional prix fixe bullshit menu either. Anything you want, just like any other days of the year.”

“Because being alone is hard enough without some stupid restaurant making you feel even worse about it.”