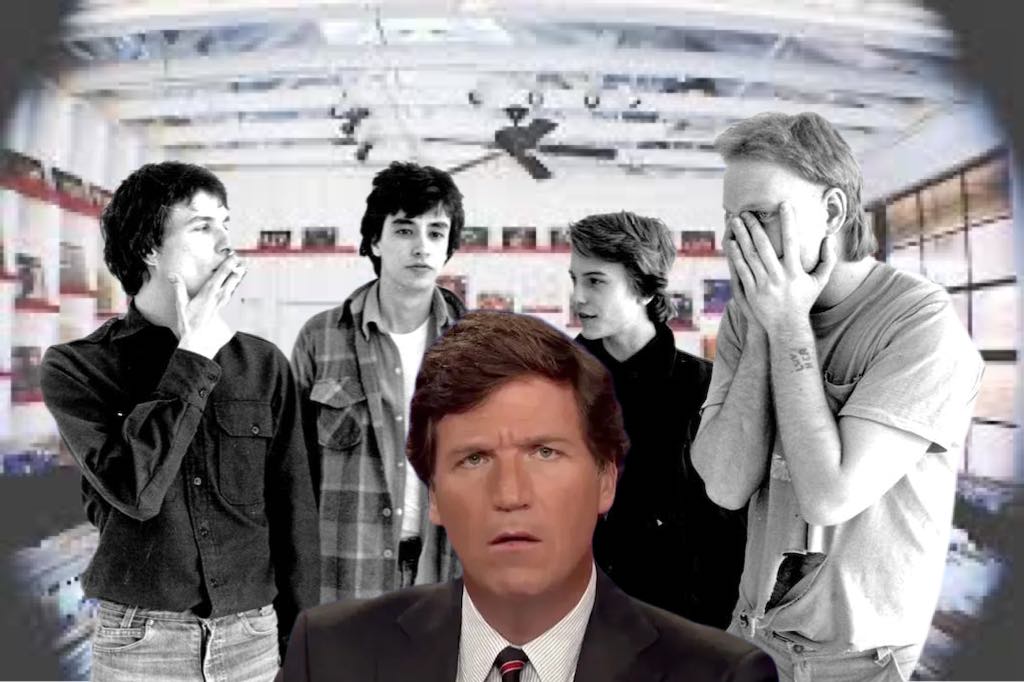 Thad Dogbreath, a sales associate at the Microgroove record store in Seminole Heights, is not surprised that conservative tv pundit Tucker Carlson is not a fan of The Replacements.

“I’m not only not surprised, I’m glad”, said Dogbreath. “He seems like a real douche and not at all someone who would be into The ‘Mats.”

The Replacements were an American rock band formed in Minneapolis, Minnesota, in 1979. Initially a punk rock band, they are considered one of the main pioneers of alternative rock.

“That guy has this whole elaborate ‘Great Replacements Theory’ and it’s so all over the place and hateful and has absolutely nothing to do with the band, their music and what they stood for”, said Dogbreath. “He believes that non-white individuals are being brought into the United States and other Western countries to ‘replace’ white voters to achieve a political agenda. That’s not great at all!”

“What albums did he listen to? Certainly not ‘Sorry Ma, Forgot to Take Out the Trash’ or even ‘Hootenanny’. More like ‘Terrible Replacements Theory’, if you ask me.”

“From a style and taste standpoint, it seems like he’d be a fan of some hack, pseudo-band like Black Eyed Peas”, he added. “Except for the Black part, of course.”