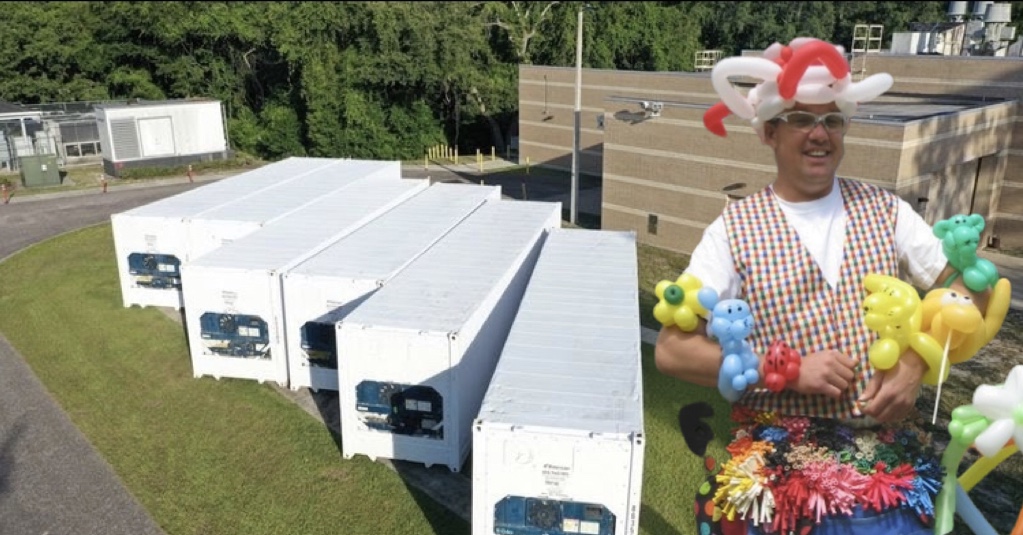 Tampa Bay Area residents should not be concerned at all about the six refrigerated containers recently staged at the Hillsborough County Medical Examiners Office on North 46th Street.

“I know that with what’s going on with the pandemic that the sudden presence of giant refrigerators, suitable for the temporary storage of a number of dead bodies, especially parked outside of the coroner’s office, could be alarming”, says County Spokesman Ronald ‘Doc Fun’ McDivot. “But there’s not what they’re for.”

He quickly added, “I mean that is what they’re for. What else would you put in there, a shitload of Totino’s Party Pizzas? Hello, this is the medical examiner’s office, not a college student’s apartment. Ha ha ha!”

He went on to explain, “We got these in March and the timing of that is just a coincidence. But they’re for storing a sudden influx of stiffs that might get killed in a massive hurricane this summer, a storm that exists strictly as a hypothetical disaster scenario about which we have no actual inside information because it isn’t real so don’t ask me about that. Not COVID-19. So don’t waste time stressing yourself out by worrying about either of those things that are completely out of anyone’s control. We’re not all doomed. Everything is fine! Hey, who wants a balloon doggie!”

As he twisted an orange balloon into the shape of a dachshund, he muttered under his breath, “Besides, we’re gonna need a lot more than six trailers for COVID.”