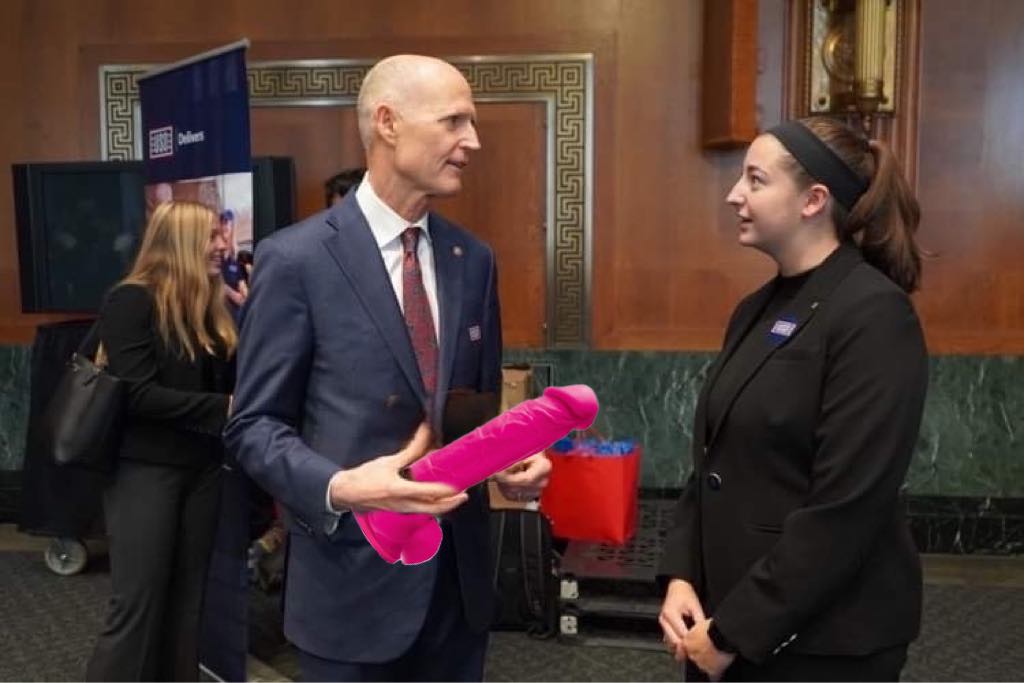 US Senator from Florida and rejected Star Wars droid prototype Rick Scott spent Thursday making care packages with The United Service Organizations Inc., better known as the USO, a nonprofit-charitable corporation that provides live entertainment, such as comedians, actors and musicians, social facilities, and other programs to members of the United States Armed Forces and their families, long enough to have his photo taken with one so he could Tweet it along with this message:

“I was honored to join @the_uso today and make care packages for our brave military members in gratitude of their sacrifice and service to our nation.”

“I think what’s most impressive about that Tweet is that I mentioned honor, care, bravery, gratitude, sacrifice and service to our nation in one sentence, even though I have no familiarity with any of those concepts!” he said. “I’m really starting to get the hang of resembling a human being, at least when it comes to using words!”

The day before, Scott joined other Republican senators in blocking The Promise to Address Comprehensive Toxics Act (better known as the PACT Act), a comprehensive piece of legislation designed to provide health care coverage and disability benefits for veterans, specifically those exposed to “burn pits”.

“See? No familiarity with those concepts whatsoever,” Scott said of himself, proudly.