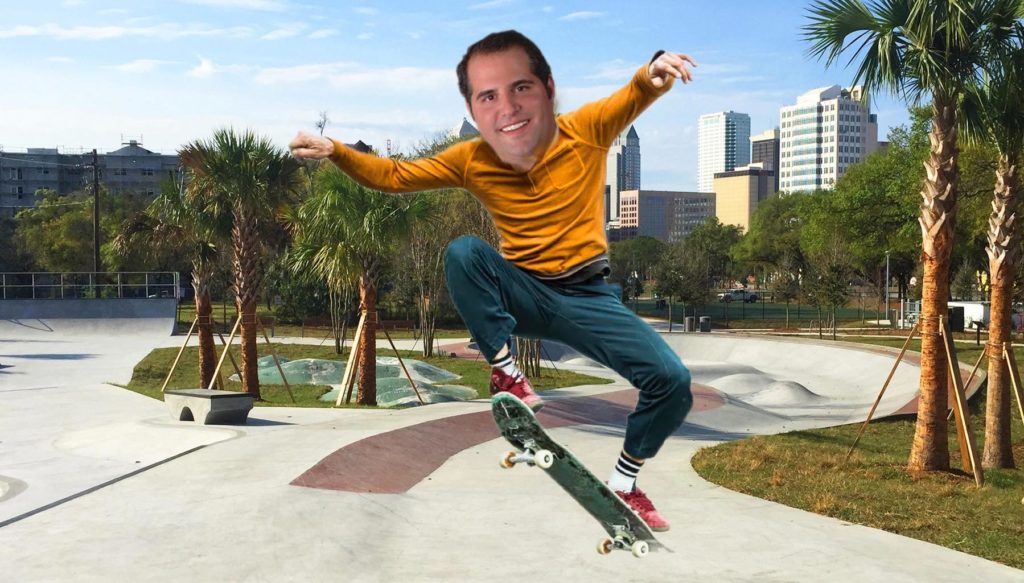 With the Tampa City Council debating the merits of enforcing an ordinance that criminalizes skateboarding in the City of Tampa, with $75 tickets for skaters who ride in certain parts of the city, a private merchant has proposed a solution to the controversial measure.

“We’re going to own and operate a skate park right downtown”, said Jason Accardi, President and CEO of Seven One Seven Parking Enterprises

At a Tampa City Council meeting earlier this month, Assistant City Attorney Mike Schmidt presented an amendment to an ordinance that was created in the ’90s criminalizes skateboarding in the City of Tampa. The ordinance allows Tampa police to detain skaters and give them a notice to appear in court, but the city is now proposing that cops hit skateboarders with $75 tickets on the spot instead.

“I think we can all agree that hitting kids who just want to shred with $75 fines is not a good look for the city”, said Accardi. “Our skatepark will solve that issue, by giving those kids a clean, safe place to practice their skills for the low, low admission price of just $75!”

“That’s for all day!”, he added quickly.

He went on to offer other logistical details of the skatepark which will be built on the space once occupied by Kiley Gardens, between Rivergate Tower and Curtis Hixon Park.

“Of course, for the reasons the city cited about the dangers that skateboarders present to pedestrian, bicycle and motor vehicle traffic, they won’t be allowed to ride their skateboards to the park”, he said. “But that’s okay; there are several parking facilities conveniently nearby that we also own where they or their moms can park their cars for relatively reasonable hourly fees.”

“Relatively, in that we have no competition so whatever we charge is going to be reasonable, because what is there to compare it to? Ha ha ha ha!”

In keeping with standard Seven One Seven Parking Enterprises procedures, there will be no staff present to monitor activity and make sure any kind of safety guidelines are followed or even implemented.

“We are Seven One Seven Parking Enterprises and we love this city, so we’re thrilled for this opportunity to help solve an issue for the benefit of all involved”, Accardi said. “But also, fuck you.”