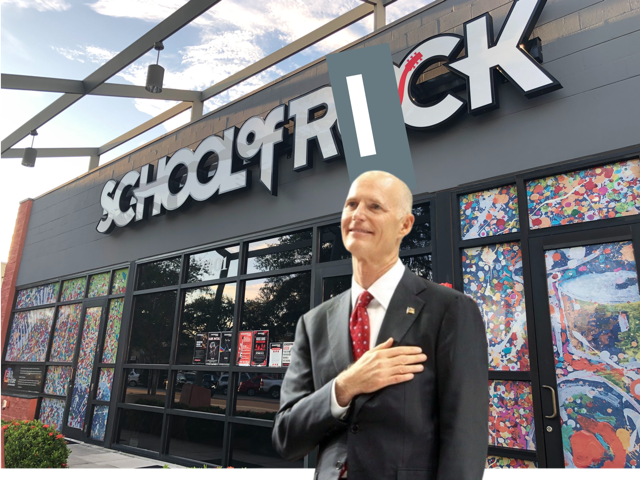 Senator Rick Scott announced his plan to open the first of what he hopes will be a statewide chain of prep schools for boys in St. Petersburg.

“It’ll be called the School of Rick and the mission will be to teach boys to be men,” says the former governor of Florida. “I mean, obviously boys become men through nature by getting older and maturing, unless they die young due to not having access to adequate health care, but I’m talking about developing good men. The kind of men who oppose civil rights for the wrong people; you know, women, minorities and the gays.”

Scott says the location on Central Avenue was specifically chosen. “Have you seen the filthy degenerates who hang around that neighborhood?”, he says. “Exactly the kind of left-leaning losers who could use a good old Ricking.”

Scott says students will be required to wear uniforms “to instill discipline” and the school won’t offer an arts curriculum. “We won’t waste time on silly nonsense like music, finger-painting, math, science or reading,” he says, Instead, courses of instruction offered will include, ‘Looking Cool in Photos’, ‘Roasting Ron DeSantis’, ‘How To Gracefully Exit A Coffee Shop When Confronted By Mouthy Constituents’ and ‘Committing Massive Fraud For Fun And Huge Personal Gain’.