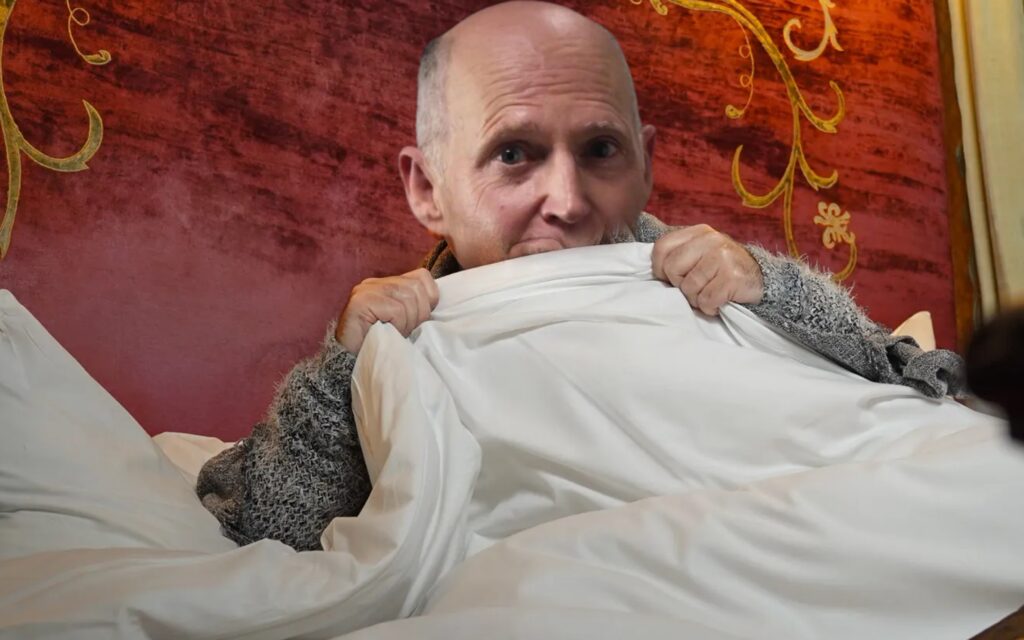 Senator Rick Scott of Florida experienced an unsettling Christmas Eve, as he was visited by some 300 million ghosts, each representing a dollar he stole from Medicare while CEO of Columbia/HCA Healthcare Corp.

“BooOOOoooOOoo! I’m a ghost but could have been so much more; I could have gone to pay for someone’s medical treatment!!”, said one of the dollars. “Also, just BOO in general, for you and everything you represent, you vast gormed pandering hypocrite.”

“They pretty much all said the same thing. ‘I could have helped people blah blah blah, insult insult insult’ in a snooty English accent”,, said Scott. “At one point, I said to one of them, ‘But you did help people; me!’. It farted in my mouth and said ‘You’re not people, you festering sore on the backside of an aimlessly wandering ponce’. Did you know ghosts could do that?

Eventually Scott said to one of the ghosts, “Don’t you think enough is enough?”, to which the ghost replied, “Maybe that’s a question you should have asked yourself, you fetid queynte”, a comment that earned high fives from the other ghosts.

“My bigger question is how did they even get in here? I mean, I obviously know how to get my hands on $300 million but these are ghosts, not actual dollars”, queried Scott. “Of course I can’t prove it, but I have no doubt Biden’s border policy is probably to blame. Just like I say it is for everything else.”

Once the barrage of visits ended, the sun was coming up. Scott went to the window and yelled down to a child on the street, “What’s to-day, my fine fellow?” “To-day!” replied the boy. “Why, CHRISTMAS DAY, you hideous, rancid, soulless serpent beast.”