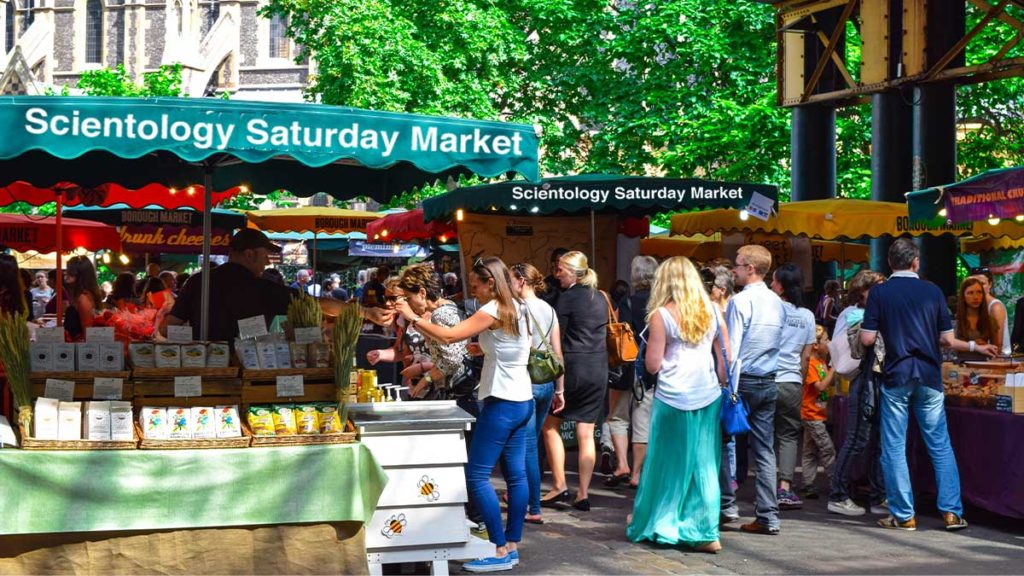 The Church of Scientology in Clearwater has announced plans to host a “Saturday Market” modeled after the popular “Sunday Market” hosted by Wat Mongkolratanaram of Florida in Tampa.

“Nobody ever gives those bald freaks a hard time about trying to brainwash people into putting on dresses and becoming Buddhist monks. Why they get a free pass and we don’t is beyond me,” says Scientology spokesperson Greg DuWuz. “Just more misdirected, unfair bias directed towards us and our faith, I guess. But if it takes offering a brunch buffet to get some of that stink off of us, so be it.”

Wat Mongkolratanaram, commonly referred to as “Wat Tampa” states their objectives as ‘…propagating the Buddha’s teaching and practice, providing the residence for monks and to perform religious activities, providing a place for people to make merit and to serve as a pillar for Thai community’.

Scientology is based on tenets written by L. Ron Hubbard, summarized by Hubbard himself as ‘Scientology is the science of knowing how to know answers.’ “So, same as us!” Says DuWuz. “That, and I’m not allowed to have any contact with my family because of aliens. But yeah, exactly just like Buddhism.”

The Saturday Market will be open from 8:30AM until 1:00PM every Saturday, starting this Saturday, January 11 at the abandoned Burdines department store downtown. The menu is expected to include eggs to order (including omelets and Benedicts), ham, bacon, sausage, hash browns, assorted mini-quiches, a Belgian Waffle station, bagels, fresh fruit and Mind Erasers.