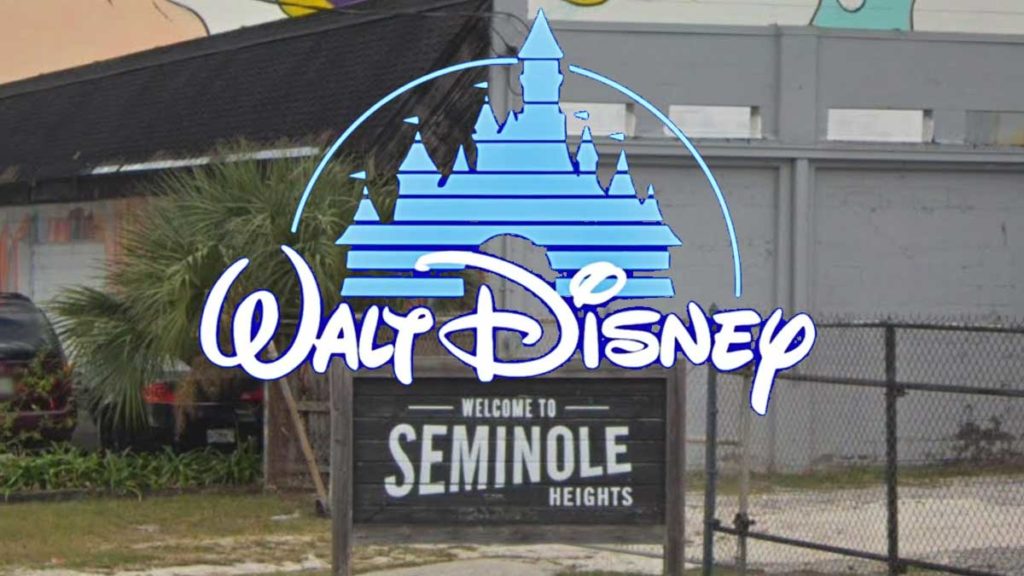 Construction of “Disney Heights” has begun in Seminole Heights with an estimated completion in 2024. The newest Disney attraction has decided to take roots in Seminole Heights because it wants to explore alternative lifestyles and customs that may not be featured in the original Disney parks.  Disney Heights will feature “Goofy’s Grindhouse,” where children will have the opportunity to grind their own beans from an impressive selection of over 100 international coffee beans. There will also be “Mickey’s Mixed-Purpose Co-Op” where park-goers can crochet Game Of Thrones tea-cozies or consign folk-art and laser-disks while people Beyblade.

“I’m happy we can finally enjoy the things we secretly love so much.” Said Neemin Cove, resident of Seminole Heights.

“I’ve always loved Disney stuff, but I hate the park, and I hate the people, so it’s been so hard to enjoy this mainstream thing in my non-mainstream way, but now hopefully with ‘Minnie’s Tattoo Shop’ that will keep out more of the squares, and I’ll finally be able to indulge myself.” Cove said as she did spray paint art of galactic landscapes using the paint cans to trace outerwordly planets.

“D.S.” or “Disney Seminole” as some of the locals are alternatively calling it, has already garnered a lot of talk on message boards and in local bars, with some not really sure how to feel.

“My natural instinct is telling me to hate this,” Said Raybor Fishburn,

Nude muralist living in an old barbershop one block from the future Disney theme park.

“Something about the childhood innocence and pure artistry of Disney is so enticing and wholesome, the characters are so rich with an infinite well of creativity and style, it’s exciting, it’s fun, it feels good, it feels right,” As Fisburn continued passionately explaining his forbidden love of Disney, a Disney+ keychain fell out of his pocket with a username and password scrawled on it.

“Uhm, that can’t be mine!” He frantically defended himself.

“I hate Disney!” Then he slammed the door in my face.