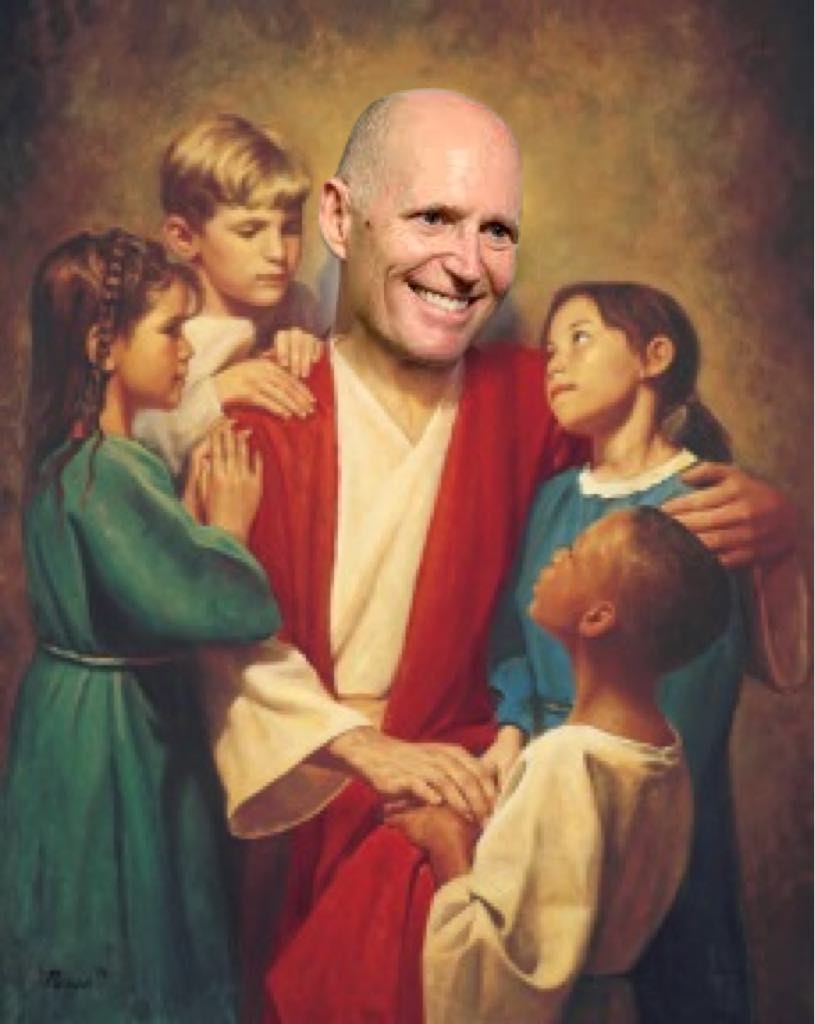 In a move which has surprised the state of Florida, its current acting Senator, Rick Scott, has suddenly decided he cares for the well-being of others and wants the best for all people under his governance.

“I know it seems like most things I’ve done in my life have been motivated by monetary purposes, and while I won’t deny that is true, I have now decided that I care about the common man, and not just having parties with Mike Tyson.” Senator Scott said to a crowd of journalists who had gathered at his offices.

“I like humans now, I want all of them to have good lives, so I’m going to start-“ Then the Senator burst out laughing.

Governor Ron DeSantis then walked out from behind a curtain, with his pants passed, assumedly from uncontrollable laughter as well.

They both laughed really hard as the confused press pool watched in silence.

“Ok, ok, I’m sorry let me get my composure.” Senator Scott said, wiping the tears from his eyes, and clearing his throat.

“My buddy Ronny D over there.” He motioned towards DeSantis, “He bet me $20 I couldn’t get through this speech pretending I cared for people, and I’ll be God d***ed because he was right, I couldn’t do it!” Scott said, pulling a $20 bill from his suit jacket pocket and handing it over to Governor DeSantis.

“I knew you couldn’t do it you SOB!” Shouted DeSantis as he looked towards the journalists for support.

The journalists did not react. A few cameras flashed.

“Well, that’s all, sorry you guys all woke up early and drove to my office, but that’s it, I didn’t have any real news or announcements, I’m going to go back to sleep, I have a massage at 2 pm, I don’t want to be cranky for it.” Senator Scott explained.

“Are you using the woman I referred you to?” DeSantis asked Scott.

“Yep! You know the one!” Scott responded.

“Just don’t get too crazy, because I’m seeing her at 3 pm!” Winked DeSantis to Scott.

“You know me!” Scott emphatically responded.

They both laughed again very loudly.

“You’re allowed to go now.” Scott motioned towards the press, as the locked office doors now unlocked, releasing the journalists.

I thought it was a funny prank and I’m happy I was allowed to go to the meeting. They don’t always let me in these things, so it was just an honor to be close to our bureaucratic system at work. Hope you guys liked the story! I’d say I had about a 6/10 time writing it and if you experienced around the same level of enjoyment than that’s nice that we’re at least experiencing something on the same plane. Very cool! See you next time, whenever that may be! Enjoy your holidays!