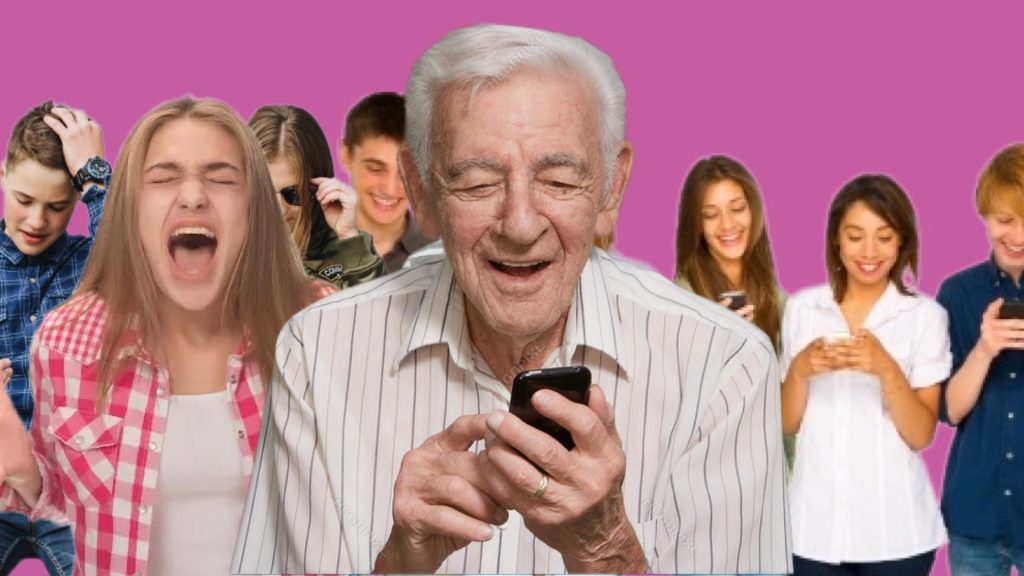 16-year-old Megyn Morton of St. Petersburg finds herself in an almost constant state of aggravation because of her grandfather Henry “Hank” Morton’s accurate usage of currently relevant slang terminology.

“About a month ago, my parents bought him an iPhone 13, which is newer than my iPhone 10, by the way,” she said. “The idea was to give him a way to communicate if he fell down or something. And when he isn’t falling down, he can watch videos of people feeding birds or whatever old people like. But so far it’s been a nightmare.”

Upon receiving the phone, Henry said, “Well, isn’t this something! I’ve never had a ‘smart phone’ before. Technology is incredible!”

Megyn helped him set up the device and showed him some of the features and functions by demonstrating how she uses her phone.

“Somehow from that, he found a group chat I have with my friends and just invited himself in to participate! Who does that? My grandfather, that’s who,” she said, huffily. 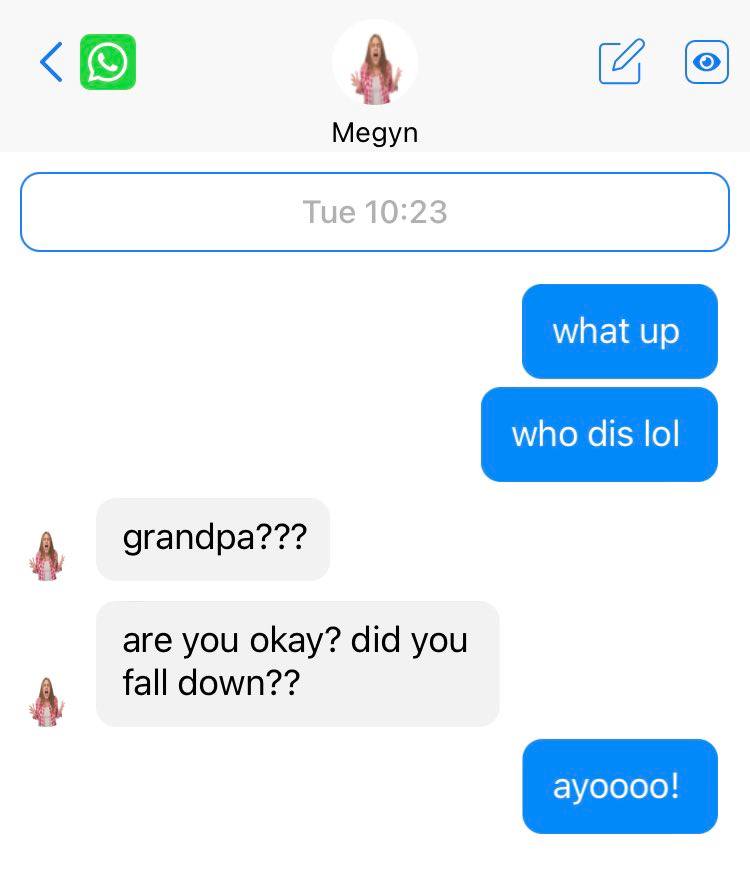 “I was like, ‘who tf is this rando?’ and it was Megyn’s grandfather and I was like ‘whaaaaaaaaaat?????’,” said Megyn’s friend Amanda.

“I thought he was going to embarrass me by throwing out all these old-timey phrases like ‘dagnabit’ and ‘horsefeathers’ and other things old people say. Like racial slurs,” said Megyn. “Instead he was correctly using modern, up-to-date words and phrases, which is somehow even weirder.”

“There’s a lot more out there than bird-feeding videos,” Henry said, shrugging. “Literally all the information in the world is at your fingertips! It’s truly remarkable.”

He started interacting directly with Megyn’s friends, like engaging with her classmate Caleb Kleenhoe in a political discussion…

“Yo, Hank is dope,” said Caleb. “He’s easy to communicate with and he’s older so he has a lot of knowledge. I’ve already learned so much from just chatting with him. I don’t know what Megyn’s problem is; I wish he was my grandpa.”

“My problem is he’s ruining my life!” said Megyn. “He’s even starting to come for me in the chat!”

“He’s just trying to tell her that education is important,” said Amanda. “I think it’s sweet.”

“Unbelievable. I guess I’m just going to have to leave my own group chat,” said Megyn.