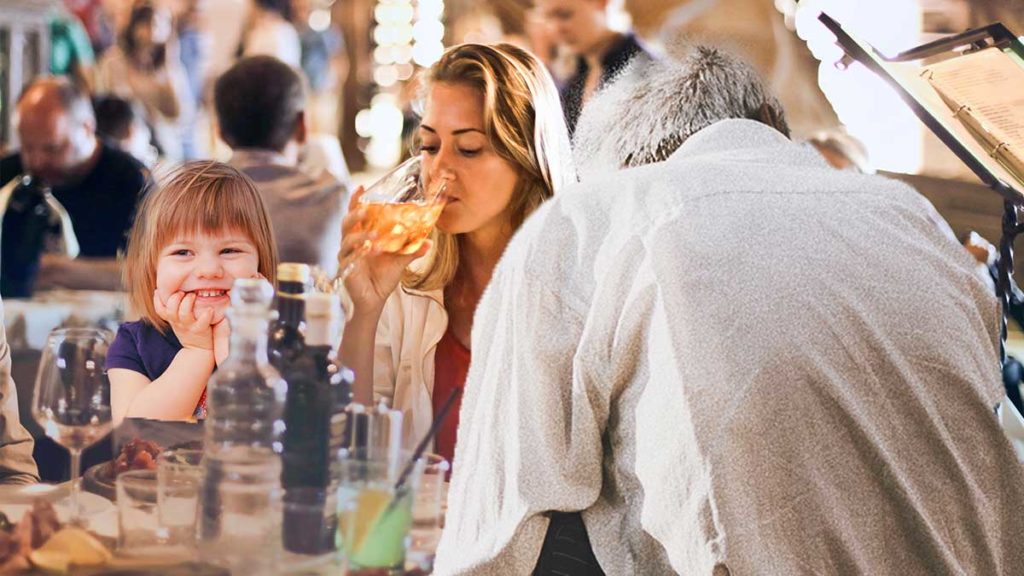 Gary Obover had his breakfast at Pop n Son’s Diner ruined Sunday morning with the arrival of the Anderson family, specifically 15-year-old Danny Anderson, who tends to walk around with a stupid look on his face.

“Jesus, look at this winner”, Obover said as the Anderson family waited patiently to be seated, completely unaware of Obover’s seething disdain. “His mouth is just hanging open like a fish. I wonder how many flies end up in there on a daily basis. If the next sound he makes isn’t ‘A-duhhh’, I’ll buy you a slice of cherry pie.”

Obover became more aggravated when the family was seated in a booth directly across the aisle from him, giving him a full, close-up view of Danny’s slack jaw and dull eyes. “This is the future? This is who’s going to run the world when I’m too old to work? Morons in dumb t-shirts with ridiculous haircuts. We’re doomed, fer Chrissakes.”

Danny, an honor roll sophomore at Gaither High School, pulled out his cell phone. “Oh, here we go. Yep. Of course, the dummy has a phone,” muttered Obover. “They all have their phones, They all have to constantly be staring at a screen. When I was a kid, if we wanted to stare at a screen, we had to settle for TV, when TV was actually good! Now they got this, what is it, YouBoob and Twitter and AOL or whatever. And forget about a phone! Are you kidding me? If I wanted to use a phone, I had to stand in the kitchen and actually call a girl up, with A DIAL, stand there and talk to her, while my Uncle Herb sat at the table and masturbated.”

The Anderson family ordered their breakfasts, with Danny distractedly mumbling, “Huh? Oh. Pancakes, I guess.” Even this invited commentary from an increasingly annoyed Obover. “He GUESSES pancakes? He’s not even sure if he knows what he wants to eat. Christ on a bike! Say, ‘Pancakes! Butter! Syrup! That’s what I want!’, like a man, you know? Somebody with some drive, some ambition, just like a sign that there’s anything at all goin’ on inside that thick skull.” At no point did Danny look up from his phone during his brief exchange with the server, as he was responding to emails from a distributor in Hong Kong he works with as part of his successful online skateboard graphics design company. Danny was concerned that cost overruns might affect the quarter’s numbers, hampering the company’s ability to exceed annual projections for the first time in three years.

Obover leaned over slightly in his booth. “Let me get a look at his ears. I guarantee he’s got an earring. Probably two of ‘em.” He straightened back up, disappointed. “Ah, I don’t see any. Shocker. Well, at least he’s not a fag. Obviously a useless stupid lump of nothing, though. This generation is worthless, man. Worthless.” Danny stayed focused on his phone as he sent one final email before resuming a strategy game more complicated and difficult than any machine Obover has ever operated in his life.