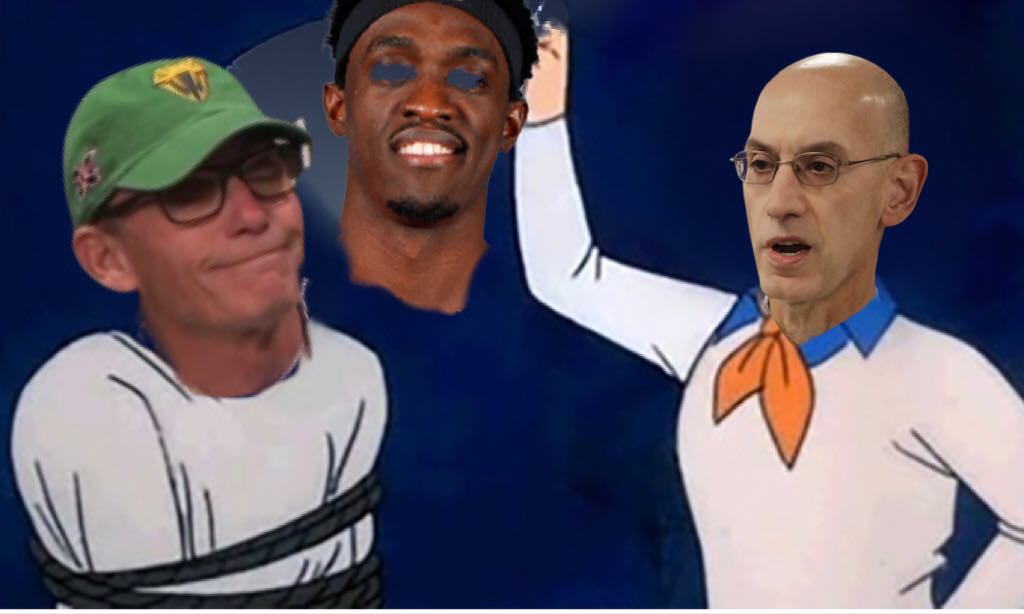 The currently dormant XFL’s Tampa Bay Vipers have been caught impersonating the NBA’s Toronto Raptors, in an elaborate scheme to commit fraud and get some workout time for the players.

NBA Commissioner Adam Silver made the discovery when he removed what turned out to be a Pascal Siakam mask from the head of a man revealed to be Vipers head coach and general manager Marc Trestman.

“Now it all adds up”, said Tampa Mayor Jane Castor. “The Raptors have been really good for a while now, winning over 50 games a year for the past five seasons, finishing no lower than 2nd place in their division in the last seven and winning the NBA championship in 2018-19. Then suddenly this year, out of nowhere they suck for no reason. They’re in last place, they’re going to miss the playoffs and might lose 40 games. That just didn’t make any sense. But now we know the Raptors suck because they’re not the Raptors, they’re the Vipers and the Vipers definitely suck.”

The real Toronto Raptors have been found in their underwear, locked in a hotel room at the Marriott Water Street Hotel, just west of Amalie Arena where the faux-Raptors have been playing home games this season, temporarily relocated from Tampa due to Canadian travel restrictions stemming from the COVID-19 pandemic. The players and coaches were all reported to be in good condition, having subsisted on room service orders charged to a credit card belonging to XFL owner Dwayne “The Rock” Johnson since since the 2020-21 season began.

“We were just starting to turn the corner and become really good when the damn pandemic shut down our league”, said Trestman, whose team won their first game on March 4, 2020, shutting out the DC Defenders 25-0 after starting the season 0-3. “I just wanted to provide some activity for my players, to keep them occupied physically with a competitive focus mentally. And I would have gotten away with it, too, if it weren’t for that meddling Adam Silver and the fact that basketball is a hard game for football players to play.”

← How to emotionally manipulate through fearIs Twitter turning you gay? →