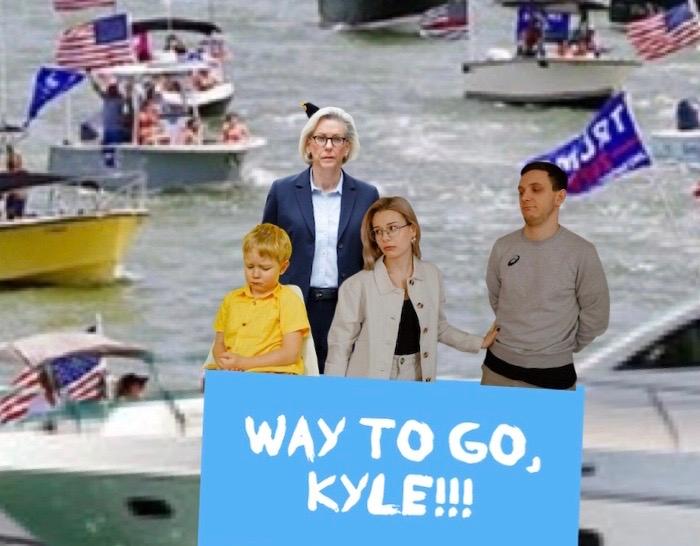 8-year-old Kyle Veeters of Tampa has finally overcome a severe nocturnal enuresis issue he’s been dealing with his whole life – until very recently.

“We’re so proud of Kyle”, said his mother Beverly Veeters. “He was a big boy and went three nights in a row with no pee-pee accidents!”

Kyle’s father Tim expressed relief as well. “We love Kyle. He’s eight and I was starting to worry about how hard this would be to deal with as he gets older. Being a teenager is challenging enough without having to manage a bed-wetting problem.”

In spite of the potential damage that could be done to Kyle’s psyche and self-esteem, the Veeters posted the good news on Facebook, Twitter and Instagram. Someone in the City of Tampa’s public relations department saw one of the posts and brought it to the attention of Mayor Jane Castor.

“What an accomplishment! He deserves to know how proud everyone is!”, said Mayor Castor. “And we’ve gotten such overwhelming positive feedback for the recent boat parade we had to celebrate the Tampa Bay Lightning for winning the 2020 Stanley Cup, that we decided to have more of them to celebrate special occasions like Kyle’s achievement.”

The city issued a press release about the scheduled event which took place this past Sunday, launching from the Tampa Convention Center and hundreds of boaters showed up to participate, paying tribute to Kyle.

Unfortunately, the combination of all the attention plus being out on the water triggered Kyle and he pee’d his pants all over the boat, ruining the moment, as well as the boat, for everyone involved.

“Got me out here with this piss baby”, said Mayor Castor. “Gyah! I just stepped in some of it! Jesus, it’s everywhere!”

The city is now putting all future plans for celebratory boat parades on an indefinite hold.