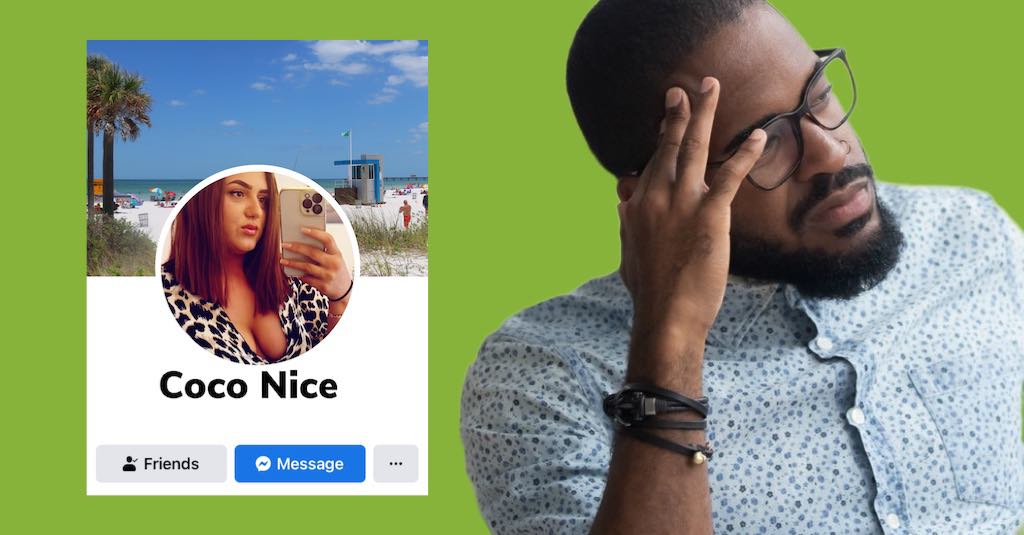 Kevin Sanderson of Tampa has someone among his Friends on Facebook that he doesn’t know and doesn’t remember adding.

“A picture of her with a dog popped up on my timeline, and I thought ‘why is Facebook showing me random status updates from strangers?’,” he said. “But I clicked on the profile and it says we’re Friends!”

The name on the profile is listed as ‘Coco Nice’

“Well, that’s obviously a fake name. Maybe she’s a stripper or an escort or something. Maybe it’s a catfish scheme and it slipped through a filter or something. I don’t know. I get scam attempts every day lately, it seems. I’m sure I’d remember if I’d ever even met someone named ‘Coco’, let alone Friended them on Facebook,” he said. “But then I dug deeper and it said we’ve been friends since 2011! WTF!”

He went through her profile and that resulted in more questions than answers.

“I didn’t see any signs of shady activity. Lots of pictures of her and her dog, of her celebrating birthdays, celebrating her dog’s birthday, visiting relatives in Missouri, that kind of thing. All perfectly normal and innocent,” he said. “Plus, we have mutual Friends, people I do know in real life, and some of them are in pictures with her! I’ve reached out to them to see what’s going on, but so far nobody’s gotten back to me.”

In related news, Coco Nice of Clearwater has filed charges with the Hillsborough County Sheriff’s office against Kevin Sanderson of Tampa for stalking her, based on reports that he was going through her social media profiles, looking at all of her photos and contacting her friends to ask personal questions about her.