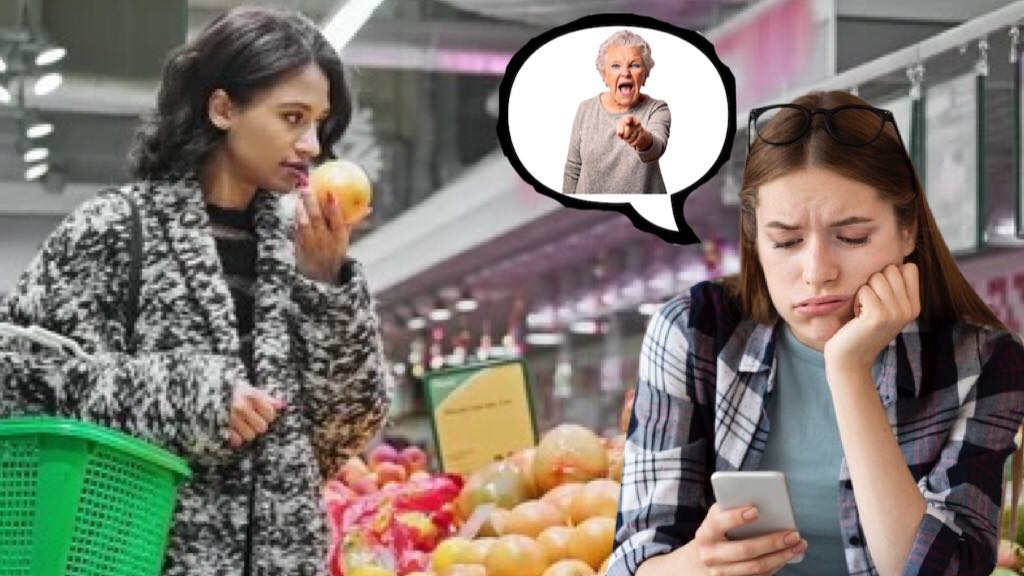 Clarissa Faircloth of Tampa is recovering from a severe shaming received via text message from her mother after helping someone pay for their groceries yesterday.

“Wow. Not the reaction I was expecting, that’s for sure,” she said.

Faircloth was shopping at the Publix at Hillsboro Plaza and found herself behind a woman at the checkout counter who didn’t have enough money to pay for her full order of groceries.

“She was all set but was $4.50 short. She was pretty embarrassed and upset, wondering what she could put back and apologizing for holding up the line,” she said. “No big deal, I pulled out a five and gave it to the cashier. I’ve been in a similar situation before myself so I could relate.”

The woman, near tears, thanked Faircloth and gave her a hug before leaving with her purchases. Feeling good about the interaction, Faircloth texted her mother to share the experience with her and received a harsh reprimand for her actions.

“Clarissa, how many times do I have to tell you that you can’t enable these people. They’re all derelicts and drug addicts and this is a scam. Stop being such a sucker,” read the text from Beverly Faircloth, who lives in the Ballast Point neighborhood in South Tampa. “Let me guess, she was black or Puerto Rican?”

“I don’t know. Maybe, I guess,” said Clarissa. “She had slightly darker skin.”

“Mmm-hmm, thought so,” conveyed Beverly smugly by responding with the laughing and eye-rolling emojis.

“I don’t see how it could be a scam, mom. She wasn’t buying booze or even cigarettes. It was produce and diapers,” replied Clarissa. “Plus, it was just five bucks. Who cares????”

“Sweetie, I guarantee she went straight to the nearest pawn shop and sold those diapers,” Beverly said. “You just helped make this country’s drug problem even worse.”

Flustered, Clarissa texted, “Mom, you raised me to be a kind and compassionate person. I thought you’d be proud of me.”

“Honey, kindness and compassion is for people who deserve it,” Beverly answered. “Not for every person who claims they just want to eat food or take care of their baby or whatever. If this con artist was actually a real poor, she’d have been at Winn Dixie or one of those Spanish supermarkets, not a Publix, even a West Tampa one. Proud of you? Frankly, I’m embarrassed by you. You should know better.”

“Wow, that’s my mom,” said Clarissa. “I would have continued the debate but I’m pretty grossed out and don’t really want to talk to her right now.”

The unnamed woman in question was later spotted pawning the diapers at a different pawn shop further east on Hillsborough Avenue and later gave a big bag of fresh nectarines and mangos to her boyfriend who uses them to make an extremely addictive hybrid form of crack that Tampa Police officials say is currently popular with elderly residents of the Ballast Point neighborhood in South Tampa.

← Where should I take my mom in Tampa?St. Pete men cashing in on baby formula shortage →