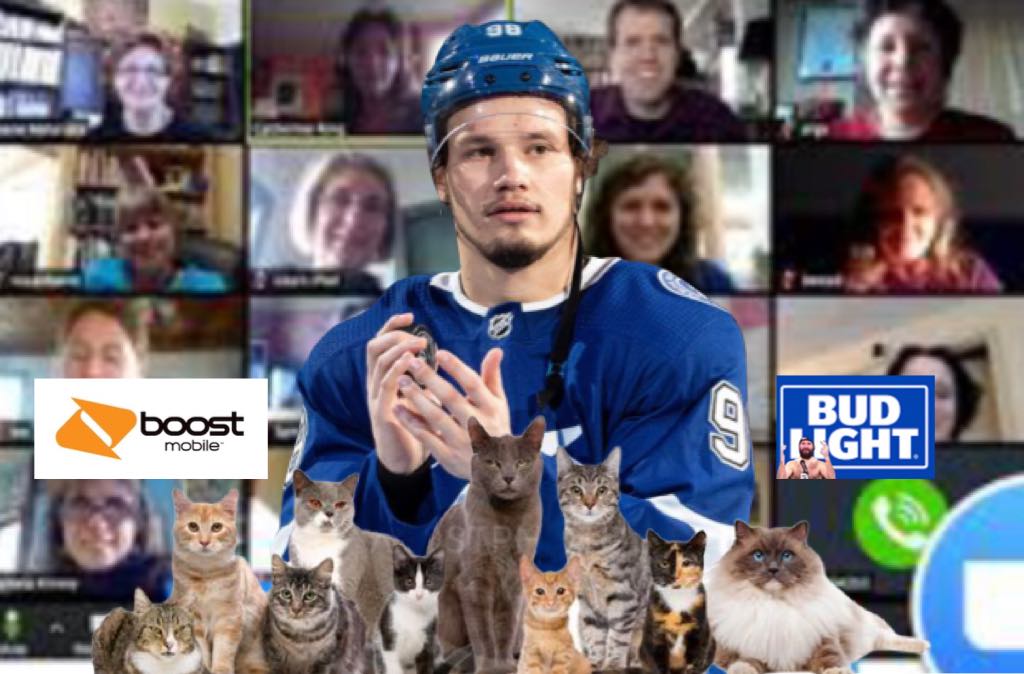 As uncertainty continues to be part of the COVID-19 landscape, the Tampa Bay Lightning have announced that this year’s Fan Fest will happen but will be drastically different than it has been in the past.

“We’re as eager as anyone to get ‘back to normal’ but the surge in COVID cases, complicated by variants that are starting to show up, means we have to remain cautious for the health and welfare of everyone”, said team spokesperson Stacey LaPoutine. “Last year, we couldn’t have Fan Fest at all. And while this year’s won’t be on as large of a scale as ones we’ve done in the past, at least it will be… something.”

On Saturday, September 25 at 2 PM, the Lightning will present a Zoom call starring defenseman Mikhail Sergachev, who will host and judge a cat pageant.

“We all know that Mikhail loves his kitty cat and that Bolts fans with kitties love theirs too. Here’s a chance for a two-time defending Stanley Cup champion to love your kitty too!”, said LaPoutine. “We’re calling this ‘The 1st Annual Mikhail Sergachev Fancy Cat Bolts Preseason Kickoff Zoom Jam presented by Boost Mobile and Bud Lite’.”

Everyone who signs into the Zoom call will be allowed to hold their cat up to the camera for 30 seconds. Sergachev will point to one of them to declare them the winner and everyone else will immediately be booted from the call. The winner will then have five minutes to interact with the 23-year-old native of Nizhnekamsk, Russia in a casual on-line chat session. Topics of discussion will be strictly limited to the upcoming Lightning season, cats, Boost Mobile and Bud Light. Attempted deviations will result in the Zoom session being terminated.

Fans who don’t have cats are invited to “tune in and enjoy the kitties.”

“I am very much looking forward to getting the season started by pointing at a fan’s cat and then talking to them about no more than four pre-approved topics for up to five minutes”, said Sergachev.