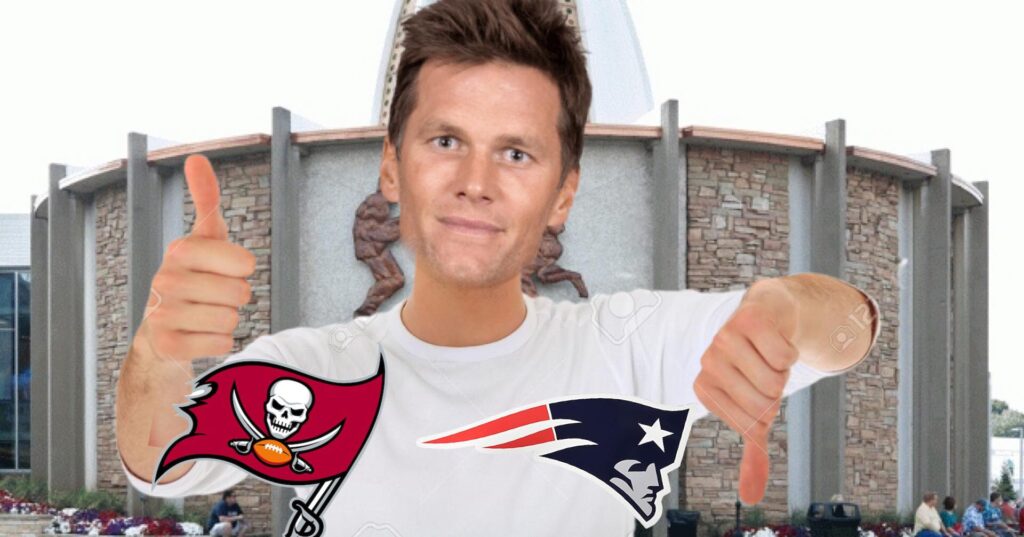 Legendary NFL quarterback Tom Brady announced his retirement on Tuesday, and he neglected to mention the New England Patriots at all in his Instagram video. But he also made another announcement that has many sports fans surprised.

“I’m going to Canton as a Buccaneer,” Brady said in a second Instagram post. “I know I played up north too, but it’s really amazing down here. And let’s be honest, the logo is much cooler. Do I want future generations to see me associated with a weird robot-looking face in an oversized hat, or a badass pirate flag?”

”Up there it was the ‘Patriot Way,’ and that was pretty boring,” Brady continued. “You know what the ‘Buccaneer Way’ is? Tossing around the Lombardi Trophy across the bay. Boat parades where if it gets cold outside, it means you have to put your t-shirt back on. Using the air conditioner in your car, and forgetting how the heater works. I should have done this years ago!” Brady also mentioned the area’s superior hockey and baseball teams to their counterparts up north, as well as his contention that he simply looks better in red and pewter.

When contacted, representatives from the Pro Football Hall of Fame in Ohio said they would respect Brady’s wishes. Peter Quill, director of operations for the facility, said it’s really up to the player regarding what team they’ll represent when they’re inducted.

“I mean, it doesn’t really matter,” Quill said. “People only care about the busts, and they never look like the player, anyway. They all look like Chia Pet heads without the seeds. People don’t realize that the budget for the busts is less than $60 each. You know, I probably shouldn’t have said that. Please don’t publish it.”

When contacted for this story, tight end Rob Gronkowski was unaware that Brady had decided to go into the Hall of Fame as a Buccaneer. In fact, he was unaware of Brady’s retirement.

← Everything you need to know about TampaTampa Bay’s first Small Batch Sperm Bank set to open in St. Pete →