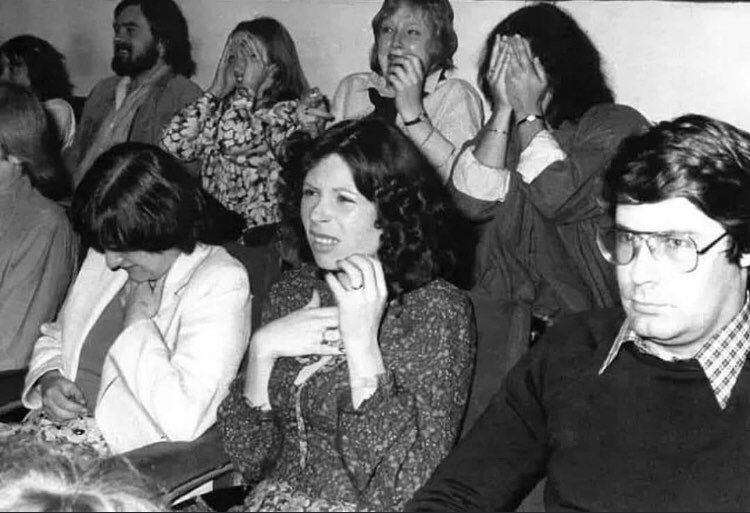 Some things sound great conceptually but are drastically ‘less than’ when brought to fruition as practical applications. Here are the Top 9 of some of those things.
Also, I know the headline mentions Tampa Bay specifically, but you’ll see that these are all things that could exist almost anywhere else in the whole world. But I don’t live almost anywhere else in the whole world, do I? (HINT: No, I do not.)

The idea of being able to eat as much food as you possibly can for one low, low price is pretty much the real American Dream. But like other interpretations of The American Dream, it’s actually gross. For one thing, there’s nothing attractive about gluttony. Second, most people don’t seem to know how to operate food handling utensils so they inevitably touch the food with their grubby mitts, and that’s after breathing and slobbering over it. Thank God COVID has shut most of these places down.

8 . Having Your Own TV Show

Wouldn’t it be cool to be able to broadcast yourself into billions of homes every night, with your very own forum to entertain, lecture and otherwise influence people? Maybe in the 1950s, Ed Sullivan. Nobody watches TV anymore, Ernie Kovacs. Get a podcast, Sid Caesar.

We’ve all fantasized about this one, specifically we’ve all fantasized about how suddenly receiving a large sum of money for doing basically nothing would not only solve all of our problems but free us up to pursue our aspirations and passions. Sure, right up until you buy your own popcorn store, give your family new homes and gifts and have an affair with your sister-in-law whose boyfriend eventually murders you.

Karaoke actually can be a lot of fun, even a whole night of it, especially if you go with a group of friends to just relax and embrace the absurd spectacle of participating in it. The problem is inevitably at least one of your friends will enjoy it too much. That person starts wanting to go to karaoke all the time, at different bars all over the Tampa Bay Area on various nights of the week. Some of those places will be better than others but this friend will insist on going to all of them anyway, because they have to “get their sing on”. Eventually, this friend has a rotation of “their” songs and they get all jammed up if somebody else dares to sing one of them. From there, it’s a short leap to that person copying karaoke versions of “their” songs to a thumb drive and bringing that with them everywhere they go. At some point, this friend will start mentioning American Idol auditions, kidding-not-kidding. To be fair, this isn’t specifically a karaoke problem; this friend would ruin any group activity.

Loading up into a bus and getting wasted with a bunch of your friends sounds like one of the most fun things that could ever possibly exist. However, at the end of the day (or night), the reality is you’re stuck on a bus with a bunch of drunks, some of whom are probably singing “Love Shack”

Granted, it’s probably better than being exceptionally unattractive. A lot better. Like, so much amazingly better it’s impossible to calculate how awesome it is. But I would guess that constantly being bombarded with propositions from other equally exceptionally attractive people to have sex or even just be around you a lot would become tiresome at some point. I would guess.

If you’re actually invisible and not merely exploiting some form of trickery with refracted light, your clothes are not going to be invisible. That will make it impossible to hide and get away with any of the stunts you would ever want to pull because of being invisible unless you were completely naked all the time. Not even shoes, and that whole thing would be extremely unsanitary.

2. Bringing the Dead Back to Life

“Gee, I sure would love the opportunity to talk to Jesus or John Lennon or just even my sweet grandmother one more time”. Well, aren’t you a selfish little twat? Forget the moral and theological implications of such a thing, why would you want to bring someone back you claim to care about who would just have to die again eventually, you monster? Plus, how have you not seen any number of movies and TV shows that spell out how they don’t come back the way they were?