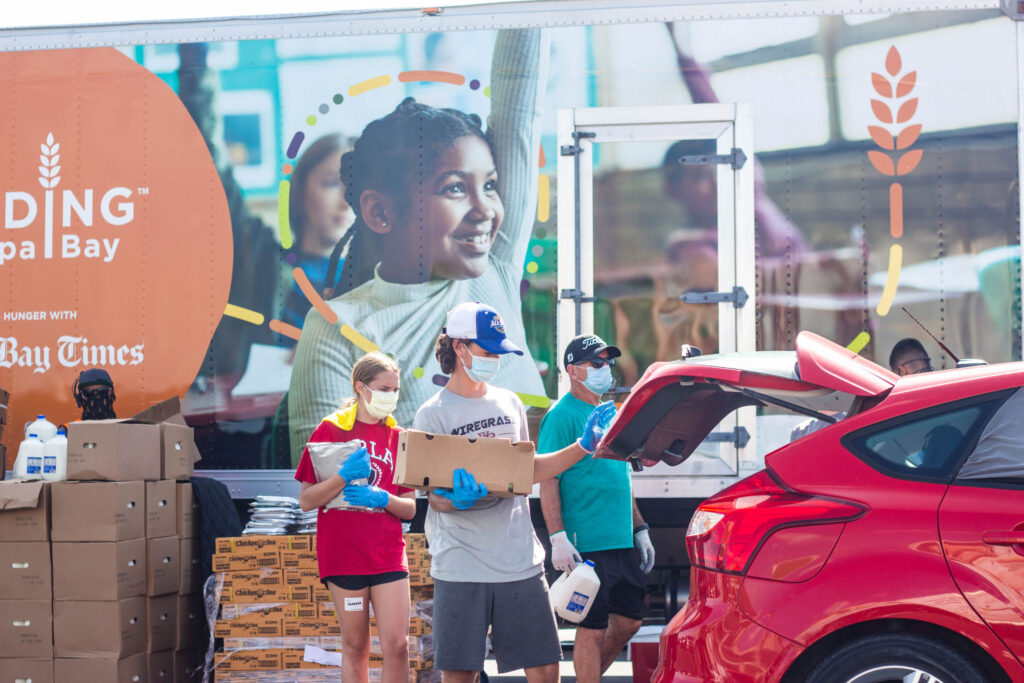 The holiday season kicks into full gear officially today, with it being Thanksgiving. That means various establishments and institutions will be launching their annual food drives to benefit the less fortunate. You’re a kind and compassionate person who wants to help and we want to help you in helping others. We’re all here to helpity help help help!

For that reason, we’ve created this handy list of items that you should definitely NOT be donating to any holiday food drives…

You’re in the backyard grilling up some steaks for a cookout and think, “hey, I’ll throw on a few extras for the folks at the shelter!” Well, while the thought is admirable, the execution is problematic. Most places collect food donations in bins or barrels, where they may sit for a while until distributed. That works fine for non-perishable boxed or canned items, but not a thick juicy steak. Would you eat a thick juicy steak somebody handed you from a bin? Of course not.

4. The fish you JUST caught

For the same reasons listed above, this is not a good idea. Volunteers collecting donations are probably not equipped to bleed, scale and gut fresh fish. Also, this thing is still alive! It was swimming in the Hillsborough River 15 minutes ago! Where are they supposed to keep a live fish during a food drive? Just toss it in that bin with the cans and steaks, I guess. Thanks.

There are toy drives and there are food drives. This is a food drive. Come on, man.

This was delicious when you ordered it the other night. So delicious in fact, that when you couldn’t finish it, you asked it to be placed into a Styrofoam container so you could take it home and eat it later. But you and I both know you’re never going to do that. I mean, they already spent one night sitting on the passenger seat of your car. That’s might not be long enough to make someone sick but there’s only one way to know for sure. I see the logic behind what you’re thinking but please don’t do it.

We all know that a lot of the food that’s donated is things people have in their pantries that they simply don’t want and don’t even know why they even have them. Cans of peas is probably the prime example of this. So they give these things away at food drives. That’s fine because it’s going to people who need that food. It’s a win-win, as they say. You can not apply that same reasoning to an unwanted child. Okay, sure, if you abandon your human baby at a food drive, nobody is going to eat it, probably. That would just be silly. In fact, the odds are pretty good that after a brief period of the volunteers wondering what the hell they should do with a live human baby, because none of them signed up for that, somebody will call 911 and it will end up in the custody of some agency that will eventually provide a better life for it than you could, because – no offense, you’re going through some stuff and you’re kind of a mess right now – so that would also qualify as a win-win. Now that I think about it, this isn’t a bad idea after all. Go ahead and donate your unwanted babies. All things considered, it’s probably a best case scenario for all involved. Just put it in the steak bin, please.

So let’s replace “A Human Baby” with “Hamburger Helper” as the number one item, because a lot of people who benefit from donated food don’t have access to hamburger.