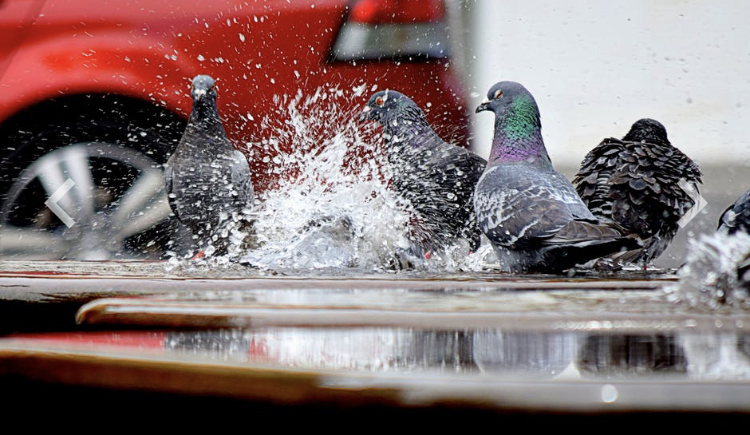 With paranoid concerns that voting by mail could lead to voter fraud or allow foreign governments the ability to influence the upcoming election due to ballots being printed overseas, President Trump announced that he has removed the mail-in ballot all together, replacing it with what he claims to be the more secure option; carrier pigeons.

Many people speculate that the tiny fingered tweeter has fully gone off his rocker with this move. Carrier pigeons haven’t been used officially by the United States since 1957 for many obvious reasons such as, well, modern technology like the telephone, two way radio, regular air freight, or computers making this decision has even his most avid supporters begin to question his sanity.

Pasco resident and daily MAGA hat wearer Dusty Johnson said, “What the hell, we gonna send votes on a pigeon? Pigeons ain’t got no business delivering mail, they’re good eatin right there boy. I better not see no pigeons above my property neither. I tell you what, I’ll just point this 20 gauge straight up, unload a few shells of bird shot and it will be raining pigeons!”

This morning president Trump held a press conference leaving us all scratching our heads in disbelief after making this statement;

“I will not let our ballots be made overseas. What is stopping them from printing as many as they want and mailing in falsified ballots? No, I won’t them them do that, I will not allow foreign governments to influence our great nation and you know what else I won’t do? Let them take away jobs from Americans in this time of financial difficulty. We’re trying to reopen our country right now, our people need jobs and they need them now!”

“That’s why I’m going to eliminate the mail in vote and replace it with a tried and true approach, carrier pigeons!”

“I was going to invoke the defense production act but I didn’t need to. I Literally have companies begging me to let them help, everyone loves my idea and wants to be a part of it, begging me. General Motors and Tesla are going to stop all normal production and focus all their efforts on breeding and raising pigeons. I mean a lot of pigeons, it’s going to be the largest battalion of highly trained expert pigeons you’ve ever seen. No country has ever seen anything like this. Not just any pigeons either, these are the Racing Homer breed, the same breed of homing pigeons used in WWII. We’re going to create a lot of opportunity for out of work people here, this is going to be huge for the economy, huge!”

“Listen, if they are good enough to aid the allied forces to victory in WWII, and believe what I’m telling you, they are the best. Many people don’t know this , during WWII they didn’t have iPhones with GPS, these birds were able to locate Nazi troops and deliver that information to RAF command, oh yeah, it’s true! They could locate Nazi Troops with laser precision. Take the most sophisticated satellite or even the Hubble telescope, these pigeons, better! And American, so you can be sure that absolutely every single ballot will make its way to the polls to be counted, without ANY possibility of tampering, and that is a promise folks.”

Couldn’t we just employ domestic companies to produce ballots instead of raising and training millions of bird’s? Sure, but this will get so much more media attention which continually appears to be the presidents motivation. This seems like an overly excessive amount of effort to keep foreign companies from printing our ballots but if there is one thing Trump is good at, that’s excess and overly elaborate ways of getting things done.

You might be asking yourself how do I get my hands on a pigeon to cast my vote? Here’s how it’s going to work. Pigeon coops will be set up in every metropolitan area and then hand delivered to voters unable to make it to polls in a box with enough corn and water for 3 days. Along with each pigeon also comes a reduced size ballot as well as care instructions for the avian messengers.

You may want to keep your mouth closed while looking at the sky during the voting window as over 4 million pigeons are expected to take flight this November!