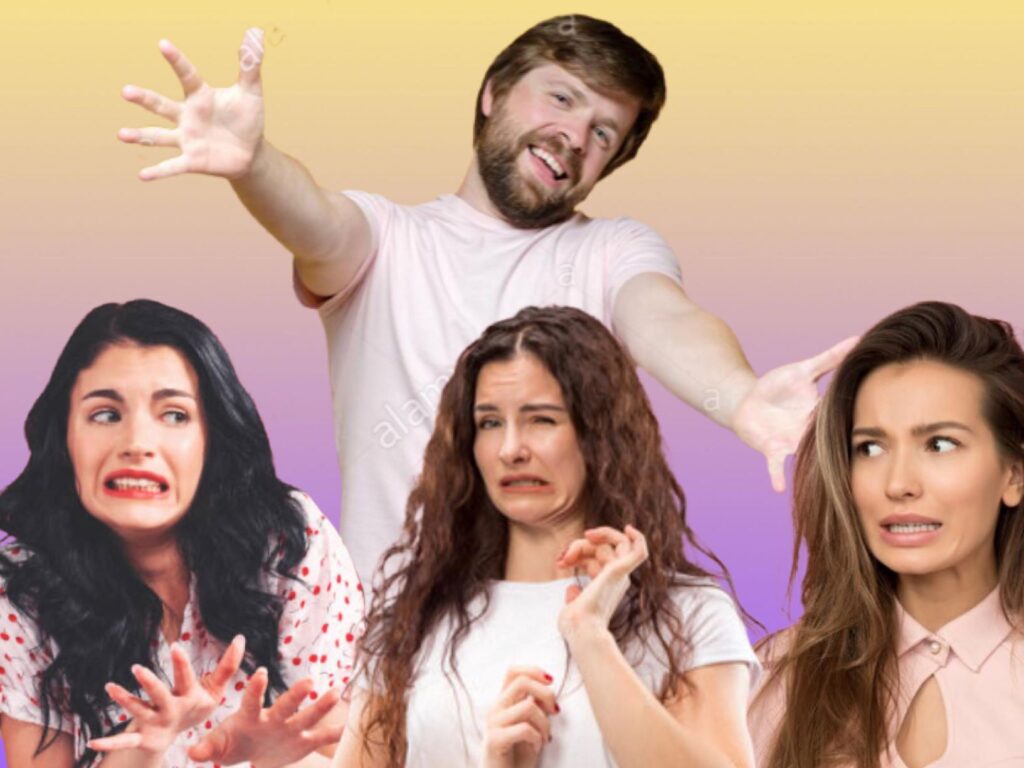 Denny Dexter of Palm Harbor has recently been fully vaccinated against COVID-19 and can’t wait to start hugging women who don’t want him to hug them.

“I feel good about it. And women should too”, he said. “Because it’s completely safe. There’s nothing bad that can happen as a result of me approaching some unsuspecting babe, wrapping her in my tender embrace and holding her very, very tight as she struggles in vain to get away from me.”

Kimberly Svintz, a co-worker of Dexter’s is not looking forward to that happening. “There were obviously a lot of terrible things associated with COVID”, she said. “But if I’m being completely honest, not having to deal with Denny and his inappropriate advances was actually a blessing.”

“Ha ha! That’s awesome”, responded Dexter. “Well, if Kimberly thought I was intensely affectionate before, wait until she sees me now. I’ve got some lost time to make up for!”

“Is that really how he sees himself? ‘Intensely affectionate’? I guess that explains a lot because he has no social awareness whatsoever”, said Diane Schwwed, a server at The Dropped Nut Sports Grill, where Dexter is a regular for Thursday night karaoke. “I already hate working karaoke night, because it’s karaoke night. But knowing he’s going to be there trying to grope me makes it even worse. Gross!”

Theresa Monovan, his sister-in-law, said the last time she saw Dexter was on a family Zoom call on Christmas. “That’s the first and last time I’ve ever interacted with him and he didn’t maul me. I don’t know why his brother Brian, my husband, hasn’t knocked him on his ass.”