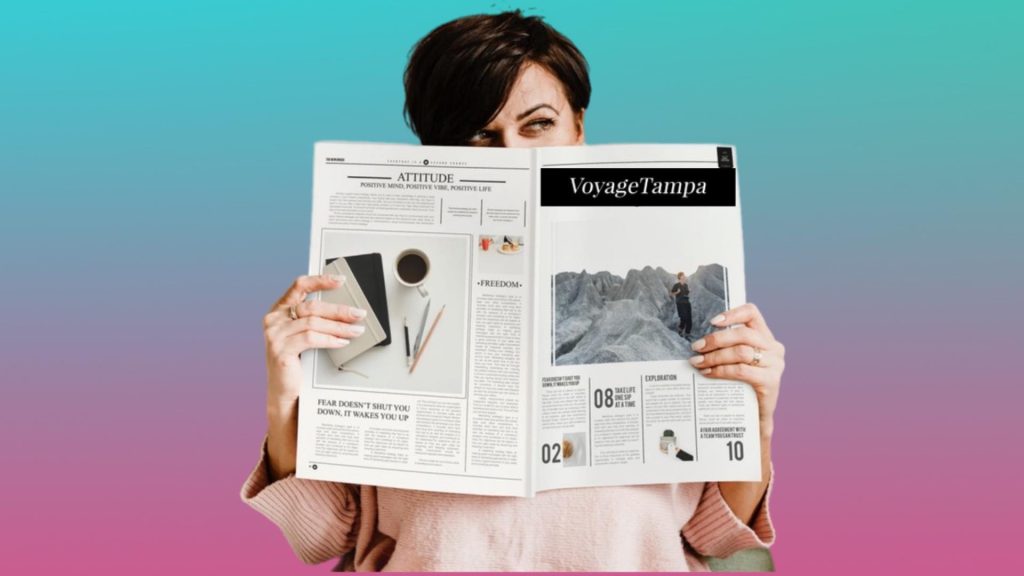 Diana Mauser of Tampa made a point of picking up and reading an entire issue of Voyage Tampa magazine, even though she is not mentioned at all anywhere in its contents, something no one has ever attempted before.

“I just thought it would be an interesting read,” she said. “Maybe a fun way to learn about who other people are and what they’re doing by way of interviews they pretty much conduct with themselves for the purpose of shamelessly plugging something.”

“That said, naturally, the first thing I did was skim through it to see if I was in there,” she said. “Was I interviewed by a bot asking me open-ended, non-specific questions allowing me to respond with long, essay-style answers that would present me and what I have to sell in something that looks enough like a real magazine that I could share it with friends who don’t know better than to be somewhat impressed? I don’t know. Not that I remember. Maybe?”

She added, “As a result I learned about change-makers, hidden gems and trailblazers, some of whom actually aren’t represented by stock photos!”

Overall, she said the experience, while highly unusual, was rewarding.

“I probably wouldn’t do it again, though. The good news is I won’t have to; I clicked the ‘SUBMIT A STORY’ link and my interview will be published soon,” she said. “So I’ll be able to enjoy Voyage Tampa magazine the way it was intended.”

“I can’t wait to tell my brave and unique story of overcoming some personal obstacle to open my own improv theater class/pottery studio/kava bar or whatever the fuck I’m into to me and people who know me.”