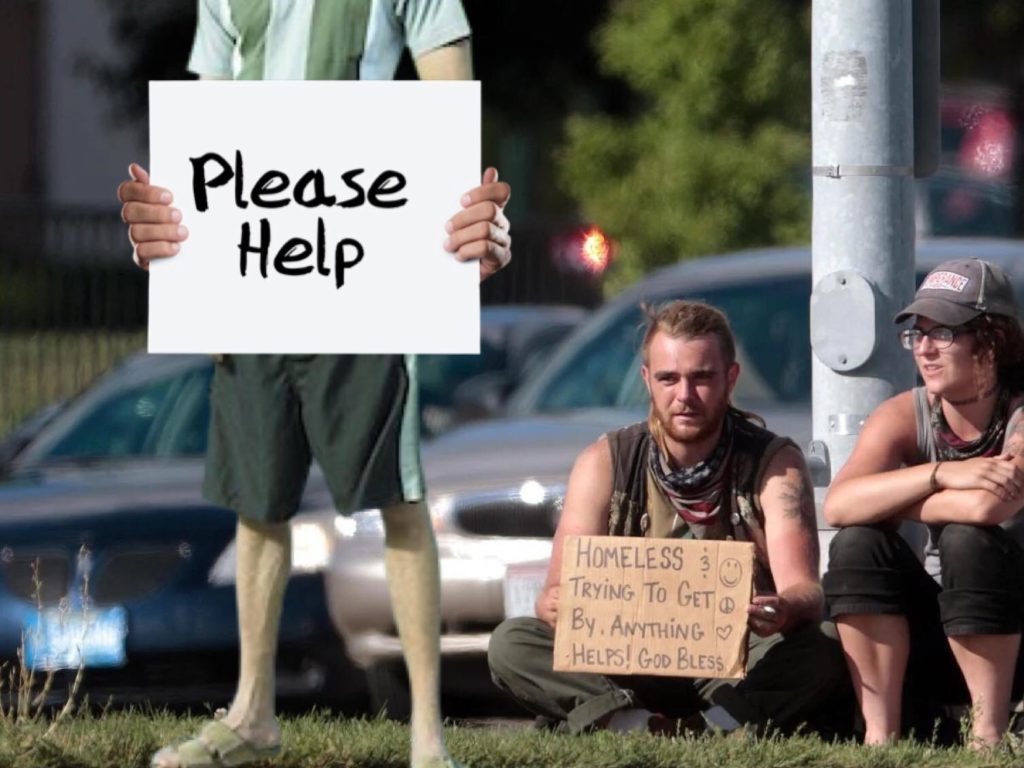 Dennis Smeeks, a 7′ tall homeless man currently in Tampa, is not being accepted by local panhandlers due to his height.

“Dolph or Dirk or whatever his name needs to get the hell out of here and go back to the NBA where he belongs,” said veteran panhandler Johnny America. “He has no business out here with the resources at his disposal, taking away from needy people who don’t have the advantages he has. Look at me; I’m 5’10” and have no ball handling skills.”

Smeeks replied, “My name is Dennis and just because I’m tall doesn’t mean I can play basketball. I’ve never been athletic. And now I’m 58-years-old and I can barely walk.”

Derek ‘Spoony’ Weatherspoon, a panhandler in St. Petersburg who encountered Smeeks about a week ago said, “Yeah, he doesn’t belong out here. Like I’m 6’6” and I face a lot of scrutiny because people think I should be an edge rusher in the NFL but I was never invited to attend the scouting combine, so how I’m getting drafted? Any seven footer is going to be able to get a roster spot somewhere in the NBA.”

“You telling me he couldn’t go 100 miles up the road and the sorry-ass Magic wouldn’t give him a job on first sight? Fuckouttahere with that bullshit.”

His friend Wally Pete said, “Sure, I could play in the major leagues but there’s no room in the game today for a third baseman who can’t hit at least 30 home runs and I don’t have that kind of pop. I’m more of a high average, hit-to-all-fields guy but I can’t play middle infield because everyone knows that second base is haunted. This Luka Doncic-lookin’ motherfucker is out here perpetrating stolen squalor!”

“You stupid,” interjected Weathers. “Luka Doncic is only 6’7 and Jose Altuve plays second base and hit 31 homers last year!” The two men then began fist fighting.

“Maybe they’re right; maybe I don’t belong out here,” said Smeeks. “I had no idea that panhandlers knew so much about sports.”

At that point, Johnny America snuck up behind him and dunked on him, which is panhandler slang for shanking someone with a broken beer bottle.

“Huh. Maybe I was wrong about him being able to go to the NBA; bitch can’t play no defense,” Johnny America said as Smeeks lay bleeding in the grass across the street from the downtown Tampa Burger King.