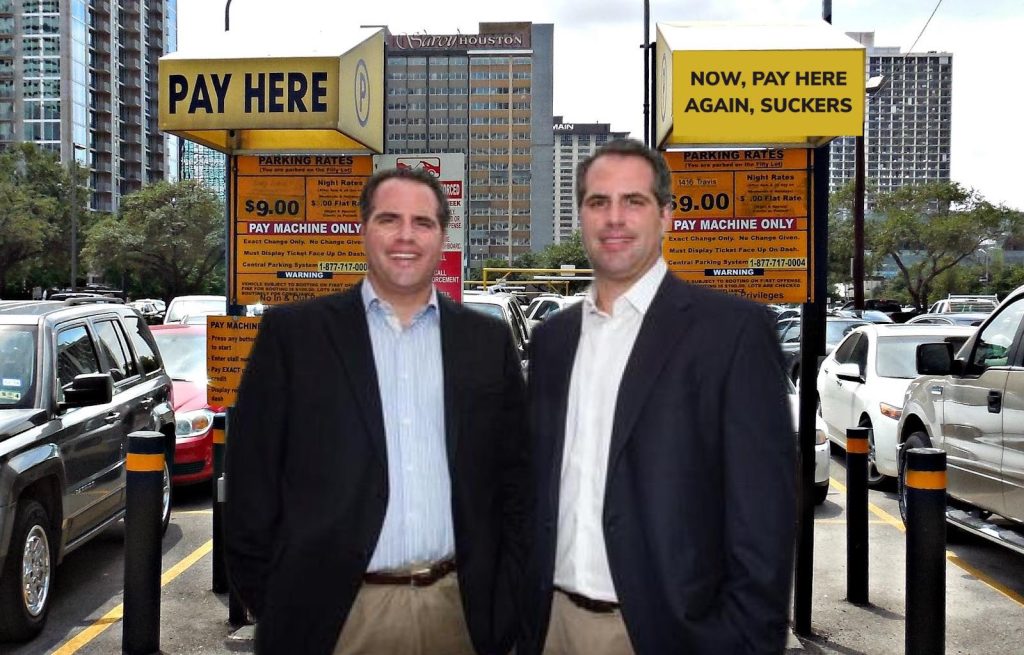 “People are liable to hear this and think this is some sort of lawsuit or tax dodge, to escape some sort of legal punishment for conducting shady business, ala President Trump,” he said. “Although, taking all things into consideration in terms of relevance to what we do, it’s not a bad idea.”

“But no, that isn’t what this is. No, this is simply a means of generating more revenue without providing more, or any, value to our customers. ‘Customers’ being defined here as any poor bastards who think they want to try to access downtown Tampa via automobile. It’s an extension of the same business principles that we’ve always followed.”

The new company will also own all the existing assets already owned by the original 717 Parking Enterprises.

“That means we’ll be able to charge people twice for the same thing,” he said, excitedly. “Hey, if there are two owners providing the service, it’s only fair that you be expected to pay both of them for it. Nothing unethical about that.”

He added, “This increases not only our company’s value but also our reach two-fold. Now we’ll be able to buy twice as much property and twice as many city officials who let us get away with whatever we want. We’ve been bleeding the citizens of Tampa for every cent we could get; now we’ll be able to bleed them for the cents we couldn’t get. It’s genius. I don’t know why we didn’t think of it before now.”

He concluded his remarks with, “Thanks for coming. Fuck you very much.”

← THIS is the 2000th article!Tampa Bay Area bros worried about attacks on Bill Murray →