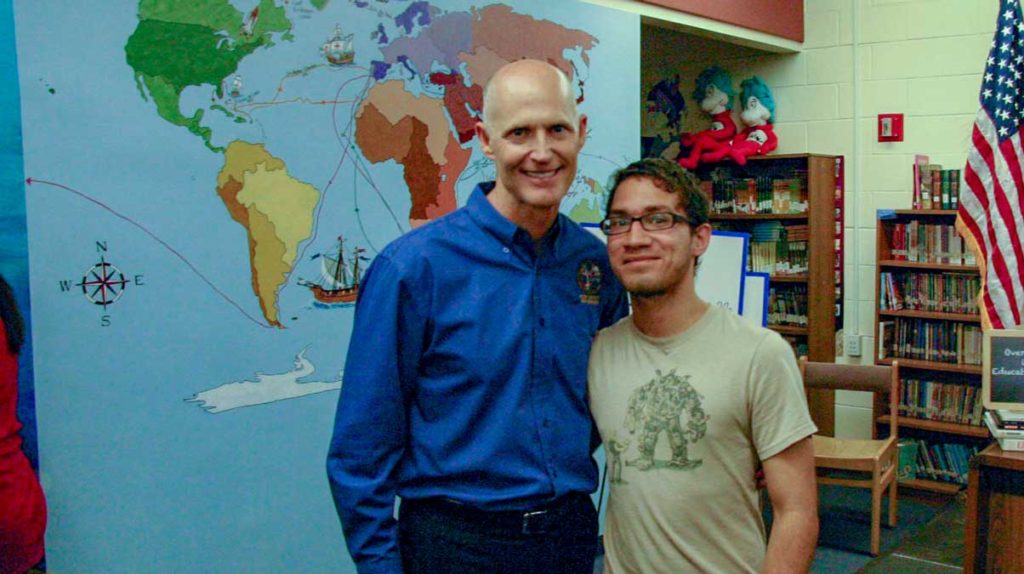 Hi Rick Scott, my name is Chingy and I work for Tampa News Force.  In the past we have covered some of your major accomplishments, such as the time you won the award for Best Dick Pic, and that time you kicked a baby in the nuts, also that time that you were found eating out a used fleshlight behind a dumpster somewhere.

But today, I want to apologize for being so critical of your handling of the mass transit system in Florida.  Because you cancelled the high-speed rail project between the major cities, we were able to stop the spread of Coronavirus in our State.  I will even overlook the fact that you currently have a financial stake in the high-speed rail system that is being built now with Brightline.

You of course believe in work, and we appreciate this.  Florida wants to get back to work, except for Liberals who of course are okay with no work and want handouts for the rest of their lives. Specifically, the liberal millennials who lost their jobs and would prefer spending all day calling the unemployment line hundreds of times a day only to reach a machine that tells them to call again later. The way you built the worst unemployment system in the country is commendable, and the fact that it pays them below the minimum necessary to survive is even more spectacular.

Sure, millenials are in the average of around 30-years-old now, and you’re probably bitter that they know how to use computers, but millenials need to get back to work (If they ever worked to begin with).

I also will overlook the fact that you made people pay for their own piss test to qualify for unemployment.

Rick Scott, I am sorry that you are a great capitalist leader. You are a role model for children who can look to the way you stole money from taxpayers through Medicare fraud, and you are probably benefiting in some way from the current financial disaster that this country is currently in.

We are sorry we doubted you Rick Scott. You foresaw this pandemic as a member of the Senate, and you took that insider information and decided to prepare us in the best way possible with all those warnings you gave us. Because of you, and the hard work from Marco Rubio, who I know nothing about because he is a little man who is very uninteresting, Florida is set to become the safest place to party in during this pandemic.  We’ll see you at the beach!

← Desantis celebrates 4/20 by pardoning marijuana convict.Four Exercises for Staying in Shape During the Quarantine →