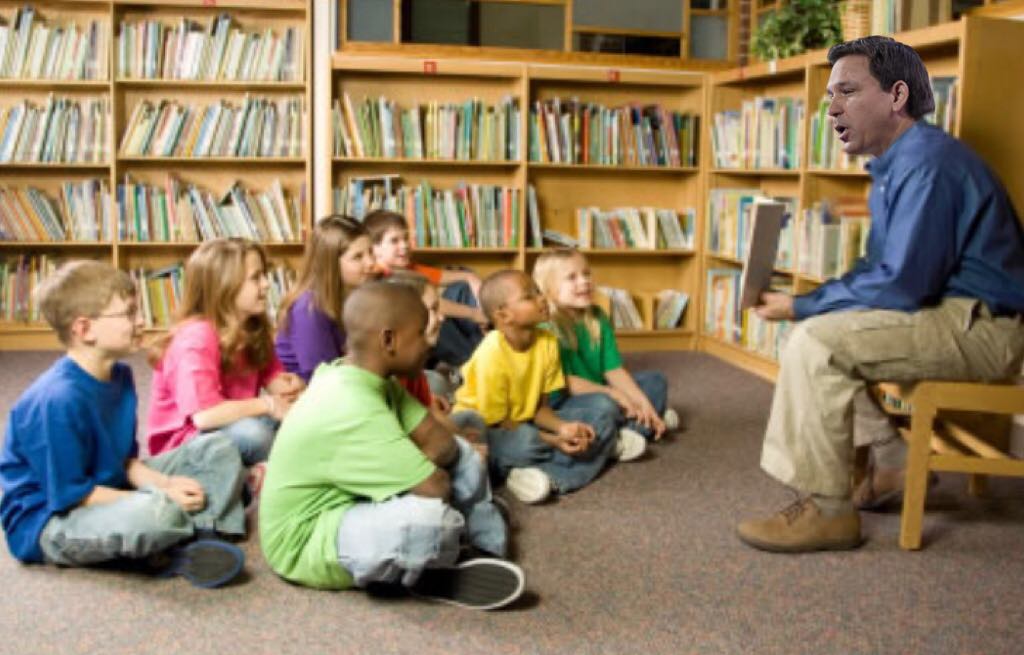 In a press conference at Tampa Heights Elementary Magnet School Saturday, Florida Governor Ron DeSantis announced that there will be changes made to the state’s public education curriculum, but Critical Race Theory is still off the table.

“Okay, we’re willing to acknowledge that some of our teaching resources might… might… be a little out of date”, he said. “But that doesn’t mean you throw out a curriculum that’s been producing stellar results for decades and embrace some new ‘woke’ thing just invented in the last year or so. Oh, by the way, Happy Juneteenth.”

The academic concept known as critical race theory, or CRT, was developed from a framework for legal analysis in the late 1970s and early 1980s, by legal scholars Derrick Bell, Kimberlé Crenshaw, and Richard Delgado and others.

“Right. Junk science that spurs division”, said DeSantis. “We don’t think that white people should be made to feel bad just for being white, so we’re now labeling any discussion of race in this country CRT because it’s an easy way to get them all fired up. And what we’re proposing here is a compromise, in which we outright reject every aspect of what our opponents are proposing and offer up something else entirely.”

Starting when the new school year begins in September, a new line of books from author John JeJantis will be available in all classrooms. “He’s an exciting new author”, said DeSantis. “That’s why you’ve never heard of him.”

The primary characters are a white man named Alabaster Joe and his African-American companion Shuckins. “Shuckins is Joe’s friend and helper, not a slave. That needs to be perfectly clear, okay? Definitely NOT a slave”, DeSantis pointed out. “In each book, they’ll travel around and throughout history, having all kinds of adventures as they learn and teach.”

“Of course, Shuckins will constantly get himself into various scrapes and Alabaster Joe will constantly have to bail him out”, said DeSantis, giggling. “Oh Shuckins! Will you ever get it together?”

There are other recurring characters, included to provide a broad representation of people from other backgrounds. “There’s Becky. She’s a white female who Alabaster Joe and Shuckins both have crushes on, in spite of Joe’s efforts to teach Shuckins why that’s wrong. But don’t blame Shuckins; Becky has a habit of wearing tight clothes and way too much make-up. Plus, she has these crazy mood swings that keep the fellas on their toes! You never know what she’s gonna do or what’s gonna come out of that big mouth of hers”, said DeSantis. “There’s also Julio Rodriguez, a farm laborer who loves boxing and baseball and Jimmy Jewstein who’s… well, you get it. None of them are gay though. That’s a promise. Because gay people are made up.”

“The stories are all different but the common theme is ‘look what we can accomplish when we all work together and you shut the fuck up’. And that’s why it’s better than Critical Race Theory, which is based primarily on not shutting the fuck up.”

When it was pointed out that young non-Caucasian and female students may not identify with or want to emulate some of the characters, DeSantis said, “Hey good job! You’re learning and you haven’t even read the books yet!”

“We think approximately 47% of students will absolutely love these books.”