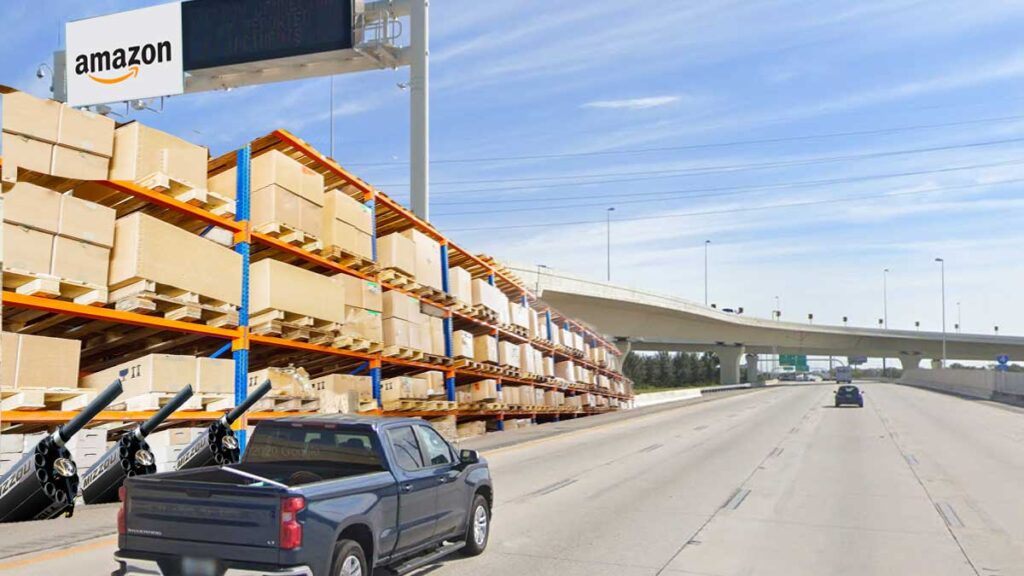 Hillsborough County officials confirmed today that they have finalized the permit requirements that will allow the online retail giant, Amazon, to build a first-of-its-kind drive-thru superstore on a busy Tampa highway.

“We are a future focused company and this idea will allow us to burn a ton of money in an effort to make it the new normal while bankrupting all competition,” said Amazon CEO and Founder Jeff Bezos. “I don’t even care if this doesn’t make any money, people want to shop but don’t want to get out of their cars, so we are combining the two and teaming up with the city of Tampa to convert a stretch of highway into a department store.”

Once construction is complete, drivers will be able to pick what they want on the Amazon App and then they will have to drive 65 MPH with their windows down through a stretch of road on Interstate 4 where everything they ordered will be shot into their cars using a series of air cannons.

“Our system has been very carefully built, so if your car is driving slower or faster than 65 MPH, we could potentially see devastating car accidents,” said Bezos before grabbing on to the rope ladder from a nearby hovering helicopter. “The people of Tampa will soon experience the future, or die while we test it on them!” He said while getting whisked away to a private island or some shit.

Amazon is currently hiring workers to load the packaged goods into the air cannons, but they will only get paid $11.50 an hour, receive no benefits, and they will also have to pee into their own mouths instead of taking bathroom breaks.