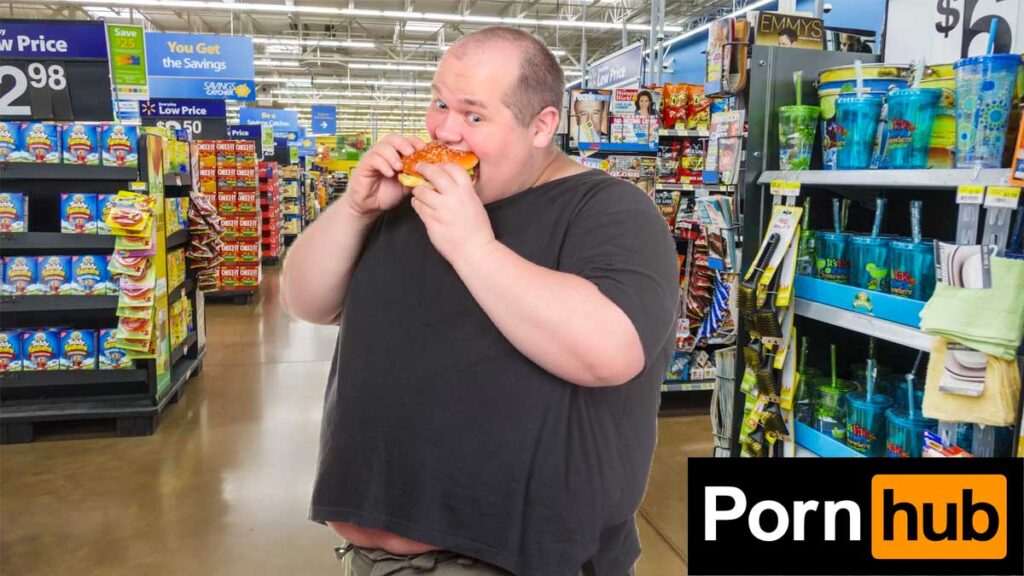 A crowd of nearly two dozen people who were waiting in line for the McDonalds inside of the Walmart were in attendance, being forced to listen to the announcement as Lagassé had insisted on delivering the message while standing on the order counter.

At that moment, a person who looked like a Walmart manager showed up in an attempt to get Lagassé to step down from the counter.

“They won’t silence us!” Screamed Lagassé as his megaphone began blasting loud feedback loops, causing many in line to scream while covering their ears.  “Now who is with me!”

No one said anything.

The Mexican lady stood still and looked very confused, almost like she didn’t understand what he was saying. Lagassé then took his shirt off and threw it at her face.   A team of security personnel then showed up and chased Lagassé out of the store.