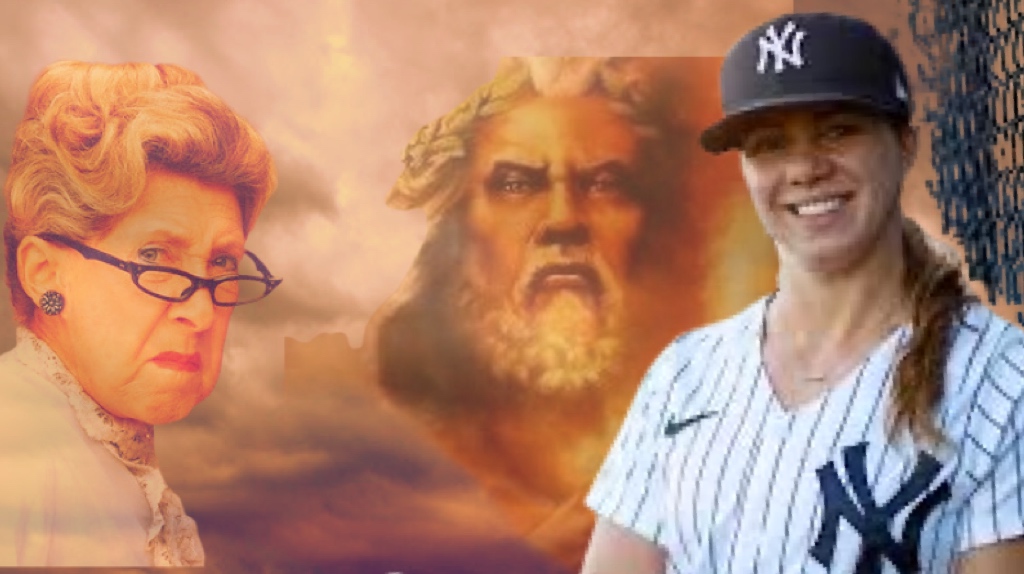 God, the revered, reviled, feared, ineffable, unpredictable and misunderstood supreme Christian deity, is very angry that the Tampa Tarpons have a female manager, according to a self-appointed human spokesperson.

“The Almighty takes a dim view of this kind of abomination,” said Delores Shtiffy of Seffner, referring to Rachel Balkovec, the first female manager in the history of professional baseball, who is scheduled to make her debut as the Tarpons skipper when they face the Flying Tigers in Lakeland tonight. “He doesn’t like people trying to alter the natural order of things. Women are supposed to do womanly things and men are supposed to do manly things. Period! So sayeth The Lord!”

“The job title is manager, not womanager!”

According to Shtiffy, who frequently speaks on behalf of God when He happens to be unhappy with things that also make her unhappy, His anger regarding this situation will be expressed in the form of inclement weather.

“And thou shalt know His wrath when He delivers upon ye a great plague of rain and lightning for endorsing this wickedness. None of thou shalt be spared!” she screeched. “This sexually deviant form of baseball is an affront to nature, which God His own self doth hath created and He doth not appreciate y’all fucking with the way He hath settteth stuff up! It’s Kevin Cash, not Kathi Cash!! It’s Earl Weaver, not Eunice Weaver! it’s Casey Stengel, not Kasey Stengel!! Baseball and Disney need to knock it off!!”

As is standard practice, God was not available for comment and would not confirm or deny Ms. Shtiffy’s statements, although this is Florida and it does rain a lot, so who knows?