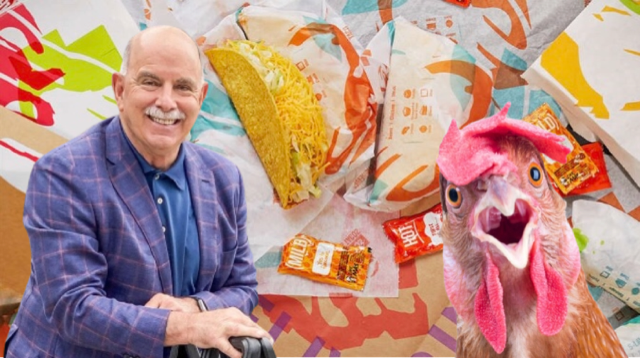 Richard Gonzmart, President of the Columbia Restaurant Group announced this weekend that he will be launching a new restaurant concept with a location in Ybor City.

“I have earned something of a reputation for helping to preserve the heritage of Tampa,” he says. “This city has been so good to me and my family and I love everyone who lives here. So when I’m asked to do something to fulfill a community need, I listen and I’m happy to get involved.”

Following the announcement last week that national fast food chain Taco Bell was eliminating even more items from its menu, Gonzmart will be opening Descartados, what he’s calling an ‘upscale upgrade’ that will serve all the things that Taco Bell no longer offers.

The connection to Tampa Bay heritage and culture seems tenuous at best but Gonzmart points out anybody who thinks that’s the case has never been in Ybor at closing time.

“Of course, we’ll be using only premium ingredients,”, says Gonzmart. “There’s a standard of excellence people have come to expect from all of our restaurants when it comes to quality and we have no intention of skimping when it comes to Descartados! That’s why we’ll be using actual Ybor chickens in our recipes. They’re not easy to catch and that means they aren’t cheap.”

He added, “Naturally, this will be reflected in the menu prices across the board. The Mexican Pizza will be $18.50, for example.

In an effort to accommodate the clientele most likely to patronize Descartado’s and cater to their lifestyles, the restaurant will be open seven days a week from 11pm until 4am.