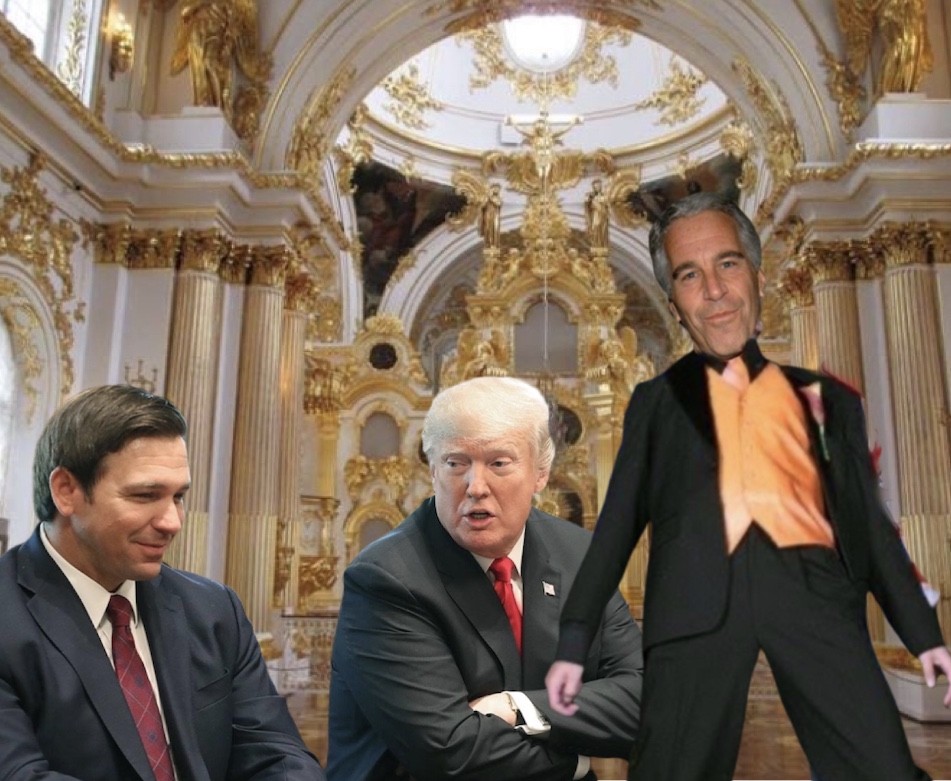 BREAKING: Donald Trump’s rumored “Peepee Tape” has finally surfaced. This comes after the president reportedly said, “Vladimir Putin’s pets are dumb and stinky.” It seems Putin has been waiting to release this exclusive VHS for when Trump inevitably offended the Russian president.

In the video, which lasts for 23 minutes, President Trump dons a long blonde wig and a light yellow, business casual, wrap dress from Ivanka Trump’s now defunct clothing line. A blue tarp lies on the floor of a large, gold-accented hotel suite. Deep House music plays in the background. The video begins with Trump dribbling out a few drops of pee, presumably to make sure everything is in working order, and fist pumping to the bass-y soundtrack.

After several minutes of solely Trump dancing and breathing heavily, Florida Governor, Ron DeSantis comes into frame. He is dressed as Trump and even wears a nametag saying so. The R’s on the tag are backwards. The two men take turns peeing on one another. They giggle like school children the whole time. DeSantis licks Trump’s face and says, “Thank you for the opportunity” no less than three times.

While Trump and DeSantis leave to get water, Jeffrey Epstein puts on an intermission show. Epstein wears an unbuttoned Hawaiian shirt, a banana hammock and fishnet stockings. He imitates the inflatable man who advertises for car dealerships while slipping and sliding on the pee-laden tarp. He also throws in a few classics like the Bernie and the Sprinkler.

Trump and DeSantis return. DeSantis praises Epstein’s performance, squeezing his shoulders repeatedly for ten seconds too long. Trump looks on with an upturned nose and asks, “Can we finish this, boys?” Epstein joins the mix, as both a pee-er and a pee-ee.

The tape concludes with an Akita running behind the three men, followed by a stern warning from a man with a Russian accent. The video cuts off as a man who looks like Putin retrieves the dog.We will continue to update you as more information becomes available.