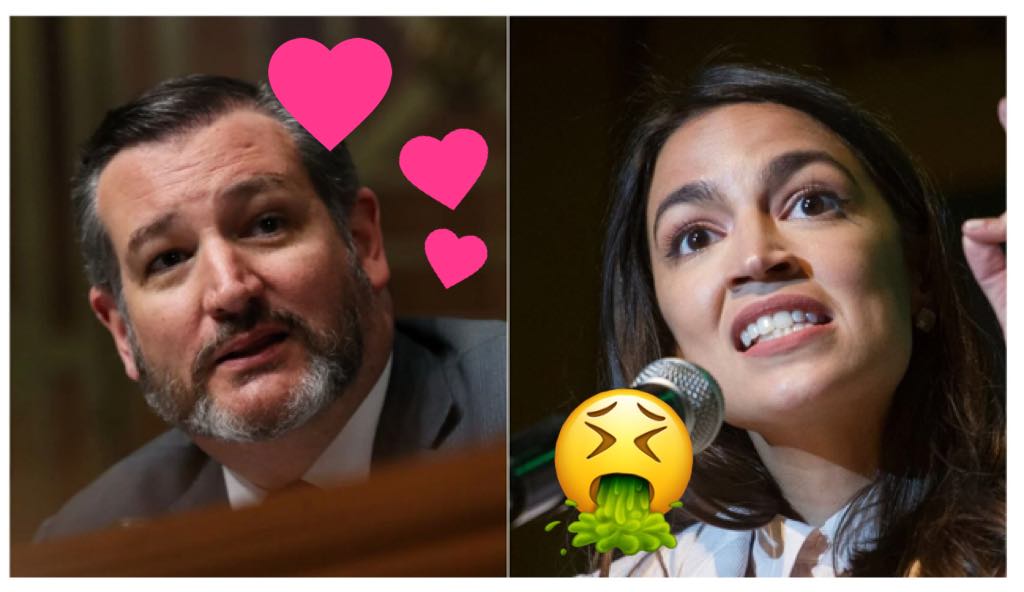 Democratic Representative Alexandria Ocasio-Cortez on Thursday took to Twitter to thwart Senator Ted Cruz’s attempts to slide into her legislative DMs, accusing him of “trying to get me killed” during the January 6 insurrection at the US Capitol and called for his resignation from the Senate, after the Texas Republican appeared to agree with her on the need for an investigation into Robinhood, the stock-trading app and its involvement with recent chaos on Wall Street.

In a response to a Tweet from Motherboard, stating, “More than half of all Robinhood users own at least some GameStop stock. They are now unable to freely trade it; the app is only allowing users to close out their positions”, AOC Tweeted, “This is unacceptable. We now need to know more about
@RobinhoodApp’s decision to block retail investors from purchasing stock while hedge funds are freely able to trade the stock as they see fit. As a member of the Financial Services Cmte, I’d support a hearing if necessary.”

That’s when Cruz chimed in with his support, Tweeting, “Fully agree”.

AOC replied, “I am happy to work with Republicans on this issue where there’s common ground, but you almost had me murdered 3 weeks ago so you can sit this one out. Happy to work w/ almost any other GOP that aren’t trying to get me killed. In the meantime if you want to help, you can resign” and “While you conveniently talk about ‘moving on,’ a second Capitol police officer lost their life yesterday in the still-raging aftermath of the attacks you had a role in. This isn’t a joke. We need accountability, and that includes a new Senator from Texas” and “You haven’t even apologized for the serious physical + mental harm you contributed to from Capitol Police & custodial workers to your own fellow members of Congress. In the meantime, you can get off my timeline & stop clout-chasing. Thanks. Happy to work with other GOP on this.”

To date, Cruz has had no further comment on the thread.