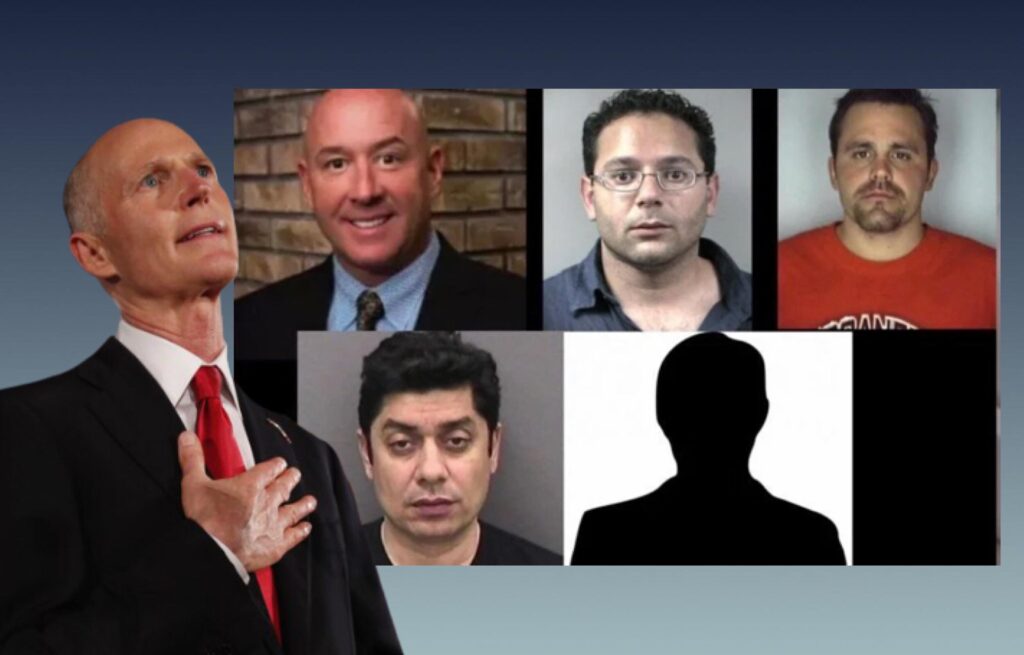 Five Tampa Bay men have pled guilty in what federal prosecutors are calling the biggest healthcare fraud case in history.

“Pssh,” commented Florida Senator and former Governor Rick Scott. “Talk to me when you get on my level.”

The nefarious plot was based on tricking unsuspecting patients into providing their personal medical and insurance information.

“When you look at this entire scheme, they’re using our healthcare industry to fraudulently get prescriptions, to give prescriptions to those who don’t need them, to give to pharmacies that they own and control, to further their scheme in making millions and almost a billion dollars,” said Tampa attorney Anthony Rickman.

“‘Almost a billion’? Ha!” scoffed Scott. “They did $900 million worth of work, nickel and diming a bunch of rubes instead of going after a fat mark like Medicare directly, and they came away with less than a quarter of that. Strictly amateur hour, if you ask me.”

During Scott’s time in the private sector before getting into politics, Scott pocketed $300 million from Medicare fraud when he was the CEO of Columbia/HCA, for which the hospital company was fined $1.7 billion.

“$175 million split five ways isn’t enough to buy a decent platinum swimming pool,” Scott said. “It wouldn’t be worth my time to pick up the phone to make that kind of chump change.”

“I hate to be too critical. I applaud their effort. It would do my heart good to see young men in this day and age taking some initiative, if I had one,” he said. “But overall, I’m not impressed. Frankly, if it were me, I’d be embarrassed. Except I lack the capacity to feel shame or show contrition.”

Smith, Roix, Taneja and Maikel Bolos have pled guilty to conspiracy to commit health care fraud while Kapoor, pled guilty to misbranded drugs with an intent to defraud, which Scott also found disappointing. “You never, ever take accountability for your own crooked actions, guys! What’s the point of me setting an example if you’re not going to follow it?” he asked rhetorically. “Work smarter not harder.”